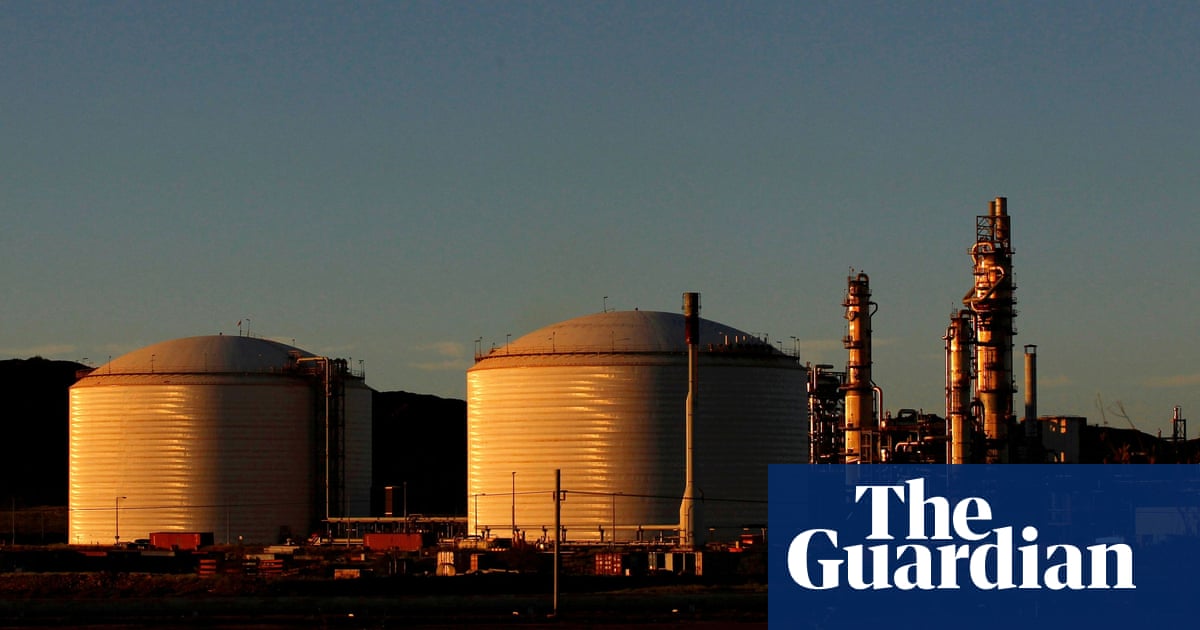 Australia’s greenhouse gas accounting underestimates national emissions by about 10%, largely due to a failure to properly recognise the impact of methane released during gas production, an analysis has found.

In late June, the energy and emissions reduction minister, Angus Taylor, amended laws to reflect a scientific consensus that methane – a highly potent but short-lived greenhouse gas that leaks during gas processing – plays a greater role in heating the planet than previously thought.

The change is expected to increase Australia’s reported annual emissions by about 3% compared with what they otherwise would have been.

Tim Baxter, a former University of Melbourne climate law expert, now a senior researcher with the Climate Council, said the government update was belated as it was based on a report by the Intergovernmental Panel on Climate Change (IPCC) published six years ago.

But he said the change did not fully reflect the panel’s conclusions, including that methane from fossil fuels was more damaging than from living sources, and was yet to factor in more recent peer-reviewed evidence that methane’s heating role was even greater than estimated in 2014.

Baxter found that if the methane emitted in Australia was measured according to the latest science it would increase annual emissions by more than 50m tonnes a year, the equivalent of Sweden’s total carbon pollution. His analysis is included in a submission to the New South Wales authorities on the controversial Narrabri gas project and will form the basis for an upcoming report.

He said the Morrison government, which is backing a “gas-fired recovery” from the Covid-19 recession and is considering whether to underwrite new gas infrastructure including major pipelines, was failing to report the full impact of its emissions.

“It’s no surprise to anyone who has been paying attention that the federal government is miles behind when it comes to keeping up with the science of climate change,” Baxter said.

“It is still ignoring the extra impact of fossil fuel methane compared to other sources and still failing to consider the full impact of those emissions on natural feedbacks. The government is several steps behind key scientific developments that have occurred over the past seven years.”

Methane lasts in the atmosphere for only about 12 years but is much more potent than carbon dioxide. Scientists have found the level of atmospheric methane had increased significantly since 2007 after a relatively flat period, but they are unsure why.

Gas emits about half the carbon dioxide released from coal when burned, but Global Energy Monitor, a US research and advocacy group, found the role of fugitive methane emissions from new gas developments in global heating was likely to be as large as or larger than the expansion of coal power.

A spokesman for the Department of Industry, Science, Energy and Resources said it was simplistic for Baxter to conclude that methane impacts were underestimated in government data. He said Australia was acting in line with a 2018 international agreement that the warming power of methane and other gases set out in the IPCC’s 2014 report would be reflected in greenhouse reporting by 2023. “The analysis is not accurate,” the spokesman said.

On Tuesday, 25 leading scientists released a letter to the chief scientist, Alan Finkel, warning his advocacy for increased use of gas-fired electricity was at odds with the Paris agreement and not consistent with a plan to secure a safe climate.

“There is no role for an expansion of the gas industry,” they wrote. “The combustion of natural gas is now the fastest-growing source of carbon dioxide to the atmosphere, the most important greenhouse gas.”

Finkel responded that he shared their vision for the expansion of renewable energy but he believed it would be “faster, more economical and more reliable” if supported by gas-fired electricity generation “in the near to medium term”. The chief scientist said he had not commented on an expanded role for gas in industry – backed by the government and Scott Morrison’s handpicked National Covid Coordinating Commission – having focused solely on the electricity grid.

The Australian Energy Market Operator (Aemo) last month found additional gas-fired power was an option, but not essential, for an electricity grid increasingly based on renewable energy, and gas prices would need to stay at lower levels than expected if new gas was to compete with pumped hydro, batteries and other alternatives.

The prime minister repeated his strong support for gas in parliament on Tuesday. He said gas was an important transition fuel and expanding the supply was critical to Australia’s economic recovery from the Covid-19 recession. “That is why we want to see more of it and get more out of the ground,” he said.

The update announced by Taylor increased the estimated warming potential of methane – effectively, how much heat it traps – from 25 times greater than carbon dioxide to 28 times greater, calculated over a century. The change matters because methane emissions are converted to their “carbon dioxide equivalent” and then counted in national CO2 emissions.

A later reassessment, published in the journal Geophysical Research Letters in 2016, found it was greater still: 34 times greater than CO2 for “fossil methane” and 32 times greater for biogenic methane.

Baxter said these figures were still not truly representative as they did not factor in the feedback effects caused when greenhouse gases are released. The IPCC report in 2014 cited research that found the feedback from methane emissions increased its warming potential by a further 20%. Baxter calculated this would lift the warming rate for biogenic methane to 39 and for fossil methane to 40.

He said the additional, unexplained methane in the atmosphere suggested the emissions from the gas industry were being systematically underreported.

The Guardian view on a just transition: make the red wall green