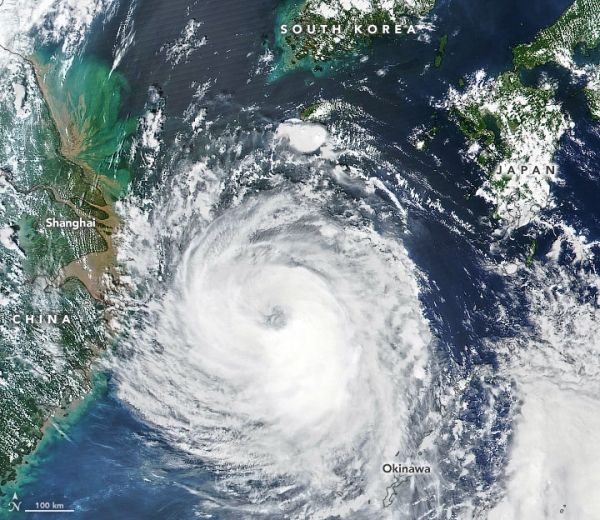 After striking a glancing blow on South Korea, the storm will likely make landfall in North Korea.

A typhoon that emerged off the east coast of Taiwan last week is now tracking northward toward the Korean Peninsula.

With warm sea surface temperatures and favorable wind conditions over the Yellow Sea, forecasters expect Typhoon Bavi to intensify before grazing the South Korean island of Jeju and dropping between 100 and 300 millimeters (4 and 12 inches) of rain. It is expected to weaken somewhat before making landfall in North Korea with wind speeds as high as 140 kilometers (90 miles) per hour, the equivalent of a category 1 hurricane.

Environmental News Network – Water Availability Has Changed, and Humans Are to Blame