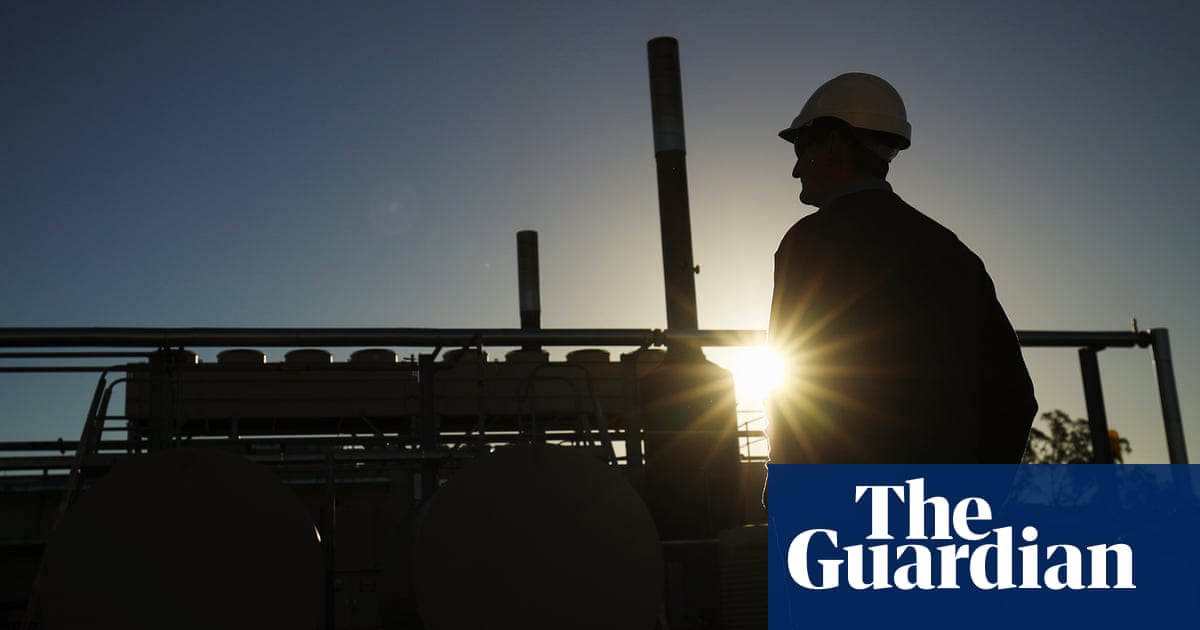 A last-minute submission by Santos to the state independent planning commission said gas from the $3.6bn development in north-west New South Wales would be cheaper than had been estimated, lead to a reduction in gas prices in the state and greater economic and employment benefits than previously believed.

The new information prompted the commission to reopen public comments on the proposal and push back a decision on its approval until 30 September.

Santos’ updated evidence suggested gas could be produced at Narrabri for $6.40 a gigajoule, less than previous estimates of between $7.28 and $9.36 a gigajoule. The company told Guardian Australia on 14 August that the lower estimate came from an Australian Energy Market Operator (Aemo) assessment of future gas opportunities published in March.

But a new analysis by the Australia Institute, a progressive thinktank, shows the Aemo assessment did not examine the likely price of gas production at Narrabri. Instead, it used an estimate provided by Santos.

The institute said this was at odds with data from a separate independent Aemo analysis in February that suggested Narrabri gas could be more expensive than that from the Cooper Basin in Queensland, which currently provides more than 50% of NSW’s supply.

Mark Ogge, a principal advisor at the Australia Institute, said industrial gas customers should be concerned about what they had been told about the Narrabri development.

“Narrabri gas is far more expensive than the Cooper Basin gas that it would displace,” he said. “Instead of reducing gas prices for NSW it is very likely to increase them.”

Santos has promised the gas from Narrabri would be sold locally and not join the roughly two-thirds of east coast gas that is exported. But Ogge said unless liquefied natural gas (LNG) exports were capped there was no guarantee Narrabri would increase the gas available locally as there was nothing to prevent more of the gas extracted from Cooper Basin being sold overseas.

On Sunday, a Santos spokesman acknowledged it had provided the estimate that appeared in the Aemo March report. He said all companies provided their own estimates, and it had given the operator modelled data to replace an out-of-date estimate.

Santos’ new submission suggests the number of jobs created through the Narrabri development would be 78% greater than previous estimates. The Australia Institute said this was based on economic modelling by consultants ACIL Allen that assumed unemployment would remain at crisis levels for the next 25 years.

“The benefits of the project have been overstated and the costs understated in every economic analysis Santos has submitted,” Ogge said.

The company said this was “false and misleading”, and the latest submission had just removed a full-employment assumption used in the mining boom. Its spokesman said its final submission was “made in good faith and out of respect to the various submitters who raised concerns during the public hearing”.

Arguments over whether it would reduce the gas price have become central to the justification for Narrabri. Santos’ chief executive, Kevin Gallagher, has consistently said gas from the project would reduce prices, but previous analysis it provided to the commission assumed it would be sold at the market price, not bring it down.

The project would involve up to 850 coal seam gas wells being drilled on 1,000 hectares of a 95,000 hectare site that includes Pilliga forest and nearby grazing land. Santos says it could provide up to 200 terajoules of gas a day for domestic use for 20 years, equivalent to 50% of NSW demand.

The planning commission heard evidence from hundreds of people and groups, most of them opposed. Objections included that it would damage the local environment and groundwater and lead to substantial greenhouse gas emissions at odds with Australia’s commitment to the Paris climate agreement.

The project has strong government backing including the formal support of the NSW Coalition. The prime minister, Scott Morrison, listed it as one of 15 projects of national significance, promising an accelerated assessment under federal environment laws and the energy and emissions reduction minister, Angus Taylor, has suggested it will reduce energy costs for consumers.

David Kitto, the director of the NSW Department of Planning, Industry and the Environment, told the commission the project was relatively small and the department had not claimed it would reduce gas prices. In a later appearance he said Narrabri was consistent with state government policy to put downward pressure on prices by increasing supply.

The project is backed by business groups and gas-reliant manufacturers, which are concerned about potential shortfalls after next year.

Opponents include former chief scientist Penny Sackett, who said it was at odds with the Paris agreement and a state target of cutting emissions to net zero by 2050. Gas is often described as having half the emissions of coal, but recent studies have suggested it could be more.

In January, the NSW premier, Gladys Berejiklian, said Narrabri was one of “two or three options” to deliver 70 petajoules of additional gas a year promised under a $2bn energy agreement with the federal government. Others were a gas import terminal at Port Kembla and a second possible terminal at Newcastle.

Gas production in eastern Australia has tripled in the past six years since the development of an export market at Gladstone in central Queensland. The higher Asian gas price led to a tripling of domestic prices in some cases.

Prices have crashed this year due to the Covid-19 shutdown, Saudi Arabia flooding the global oil market and, according to some analysts, investors’ increasing wariness about the financial risk of backing fossil fuel assets. Santos last month wrote down the values of its assets by $1.1bn, reflecting the industry wide impact.

While spot prices have fallen sharply, some contract prices are yet to catch up. The Australian Competition and Consumer Commission chair, Rod Sims, last week said he was yet to hear a compelling reason as to why domestic users were paying substantially higher prices for Australian gas than overseas buyers.