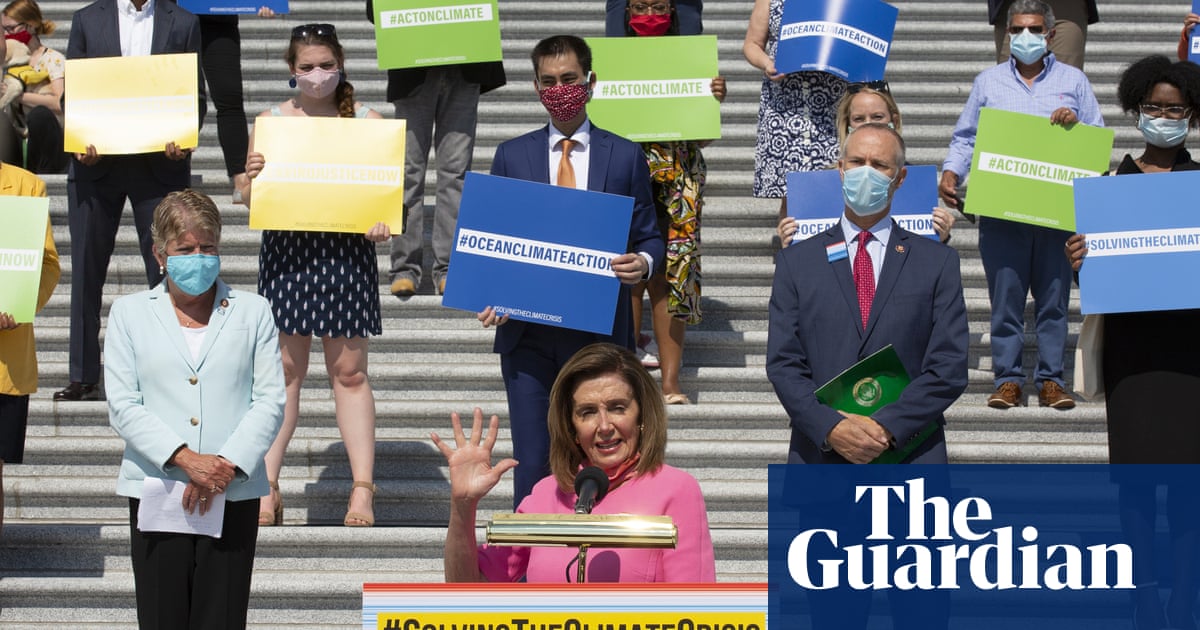 Senate Democrats are set to release a 200-page plan arguing that significant US climate action will require stripping the fossil fuel industry of its influence over the government and the public’s understanding of the crisis.

“It’s important for the public to understand that this is not a failure of American democracy that’s causing this,” said Sheldon Whitehouse, a Senate Democrat from Rhode Island. “It is a very specific and successful attack on American democracy by an industry with truly massive financial motivation to corrupt democratic institutions.”

A 16-page chapter of the report titled Dark Money lays out how “giant fossil fuel corporations have spent billions – much of it anonymized through scores of front groups – during a decades-long campaign to attack climate science and obstruct climate action”.

The focus on limiting the industry’s political power could be the opening punch in what is likely to become a dirty fight over climate policy if Democrats take control of the Senate and the White House.

The blueprint, from Senate Democrats’ Special Committee on the Climate Crisis, follows an extensive package of climate policy proposals from House Democrats. Its first two sections describe the depth of the climate problem and posit policy solutions. The third outlines how Democrats could carve a political pathway to substantive reductions in planet-heating pollution.

Scores of media reports and lawsuits from states have exposed the industry’s efforts to conceal the scale of the problem and use of dark money groups to create partisan gridlock and slow a shift away from fossil fuels. But Whitehouse said the story has yet to reach the American public.

“I don’t think we’ve even begun to get the news out adequately. We haven’t had proper hearings in Congress – the best we’ve had is the Senate’s all Democrats hearing with no ability to subpoena to investigate,” he said.

The plan says the US is “almost alone among industrialized nations in having failed to implement comprehensive policies to reduce greenhouse gas emissions”. It directly blames the 2010 Citizens United supreme court decision that allowed industries to spend virtually unlimited sums of money to sway elections.

Democrats created the Democrats-only special committee to address the climate crisis because Republicans have majority control of the Senate and largely dictate the work of committees.

The special committee recommends a three-part plan to:

Democratic presidential nominee Joe Biden has said he would spend $2tn to get the US to essentially eliminate its climate pollution by 2050. He is pitching his proposal as a jobs plan to lift the US out of the economic downturn. But he does not oppose fracking for natural gas – which is the main way the US industry has grown in recent years.

At the Democratic national convention last week, climate activists were also let down by a decision to remove language from the party platform opposing fossil fuel subsidies – revitalizing skepticism about Biden and moderate Democrats’ ability to get tough with the industry.

Republicans meanwhile are split on the climate issue, with some outright denying the science, many questioning the severity of the crisis, and a growing minority pitching technologies for capturing emissions from fossil fuels so they can continue to be used. Donald Trump has called climate change a hoax and rescinded essentially all of the federal government’s biggest climate efforts.

The report lays out a timeline stretching back to 1977, when an Exxon scientist told company management that there was scientific agreement that humans were altering the climate by burning fossil fuels. Exxon now says climate change is “a serious issue” and denies the company misled the public.

In 1988, Shell scientists acknowledged carbon dioxide emissions could be setting the planet on a path to become 2C hotter, leading to rising seas and a melting Arctic, it notes. The world is currently 1C hotter than before industrialization and on a trajectory to be at least 3C hotter.

In 1986, a congressional subcommittee held hearings on climate change and in 1988 Nasa scientist James Hansen testified about the threat.

Senate Democrats say oil companies responded by copying the playbook of the tobacco industry to sow doubt about the problem. They started front groups and funded think tanks like the Heartland Institute and the Competitive Enterprise Institute to deny climate science.

Whitehouse was elected to the Senate in 2006, and he said everything changed immediately after the supreme court issued the Citizens United ruling in 2010. “There’s a very clear before and after,” he said.

“I don’t think Americans understand enough the extent to which the fossil fuel industry has weaponized a whole variety of systems and laws that now competes with the government itself for dominance,” Whitehouse said.

Chemists make tough plastics recyclable: New method for producing thermoset plastics allows them to be broken down more easily after use