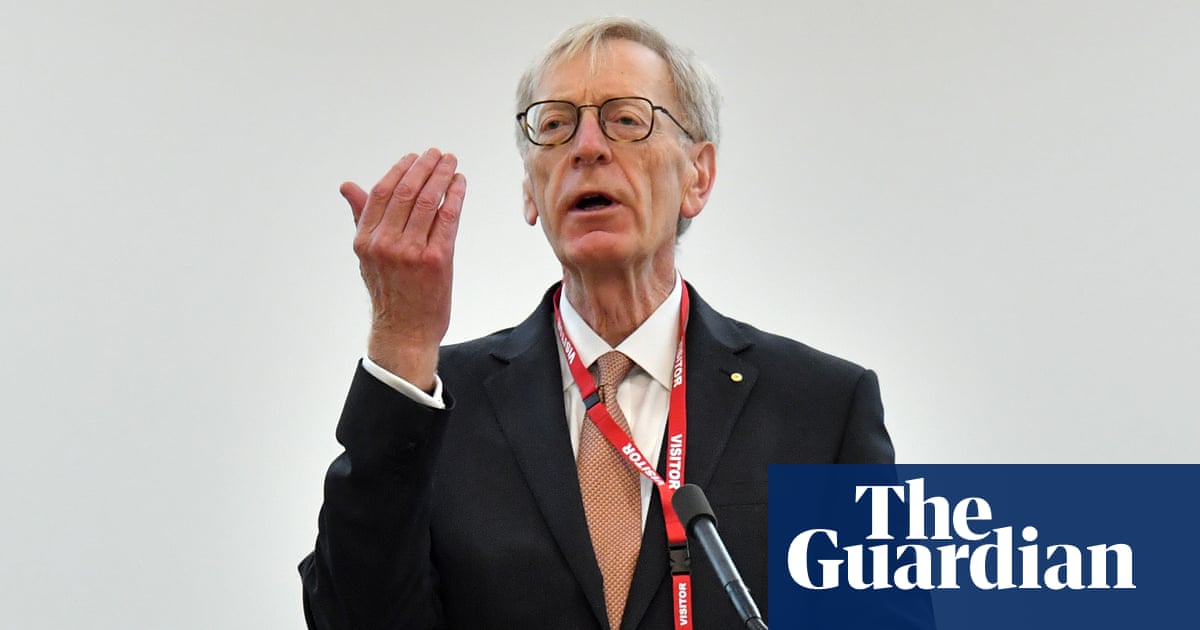 Debates about climate change and the Indigenous voice to parliament have been hijacked by sloganeering and the “peddling of false and misleading ideas”, according to the former high court justice Kenneth Hayne, who has urged Australian politicians to defend their institution rather than prioritise partisan self-interest.

Giving the annual Sir Zelman Cowen Centre oration on Wednesday, Hayne reflected on the decline of trust in institutions, characterising hyper-partisan debate as a “dialogue of the deaf” in which slogans substitute for facts, and protagonists decline to acknowledge doubt, nuance or alternative points of view.

He said the voice to parliament was “caricatured as a claim to a third house of parliament”, which was “simply false”, and “similar levels of sloganeering and peddling of false and misleading ideas can be seen throughout this country’s response to climate-related issues”.

Climate change in Australia has become a culture war, Hayne said, “and those who had the temerity to point out the connections between climate change, extreme weather events and changing bushfire patterns, when eastern Australia suffered unusually early and very destructive bushfires in November 2019, were then seen as contributing to those culture wars”.

While lamenting the mistruths promulgated in local political debate about climate change and in the Indigenous voice, Hayne suggested the Covid-19 pandemic could create opportunity for a reset.

The current crisis had shown that science does not have all the answers but “provides the best light we have to see our way through to safety”.

Hayne said the pandemic demonstrated that countries fared better when their leaders told citizens the truth. He said the pandemic showed that societies could still “engage in a common public space on the basis of shared values and facts”.

After the global crisis hit in early 2020, Hayne said, governments have had to explain their economic and public health responses, while acknowledging both the uncertainties and the consequences.

“The steps taken affect everyone. Many lose their jobs and income. The disease is highly contagious and very dangerous,” Hayne said. “All of us, but some more than others, think, or hope, that we are bullet proof and are reluctant to accept radical changes to the way we live and work.

“But governments have very quickly made radical changes in the ways we live and work. They have done that by telling society the facts as simply and clearly as they can. In telling those facts, governments have repeatedly acknowledged the limits of their knowledge – this is a new disease and science has much still to learn about its transmission, its effects and what can be done to reduce the harm that it brings.

“But society has responded to being trusted with the facts that are known and has recognised that difficult judgments have had to be made. And government has brought about great changes so that, together, we can pursue shared purposes.”

He said it was possible to build on this experience and create a new shared space, even when technology is fuelling the rise of echo chambers, if the political branches of government “recognise that our democratic institutions are more valuable than those who at any moment may occupy some office in those institutions”.

Hayne said power should not be the prize or the objective.

“Reasoned and informed debate, like leadership, depends upon truth.”

Hayne said political leaders must not only lead, they must also teach. “Those who lead must educate, and if they will not, others must take on that task.