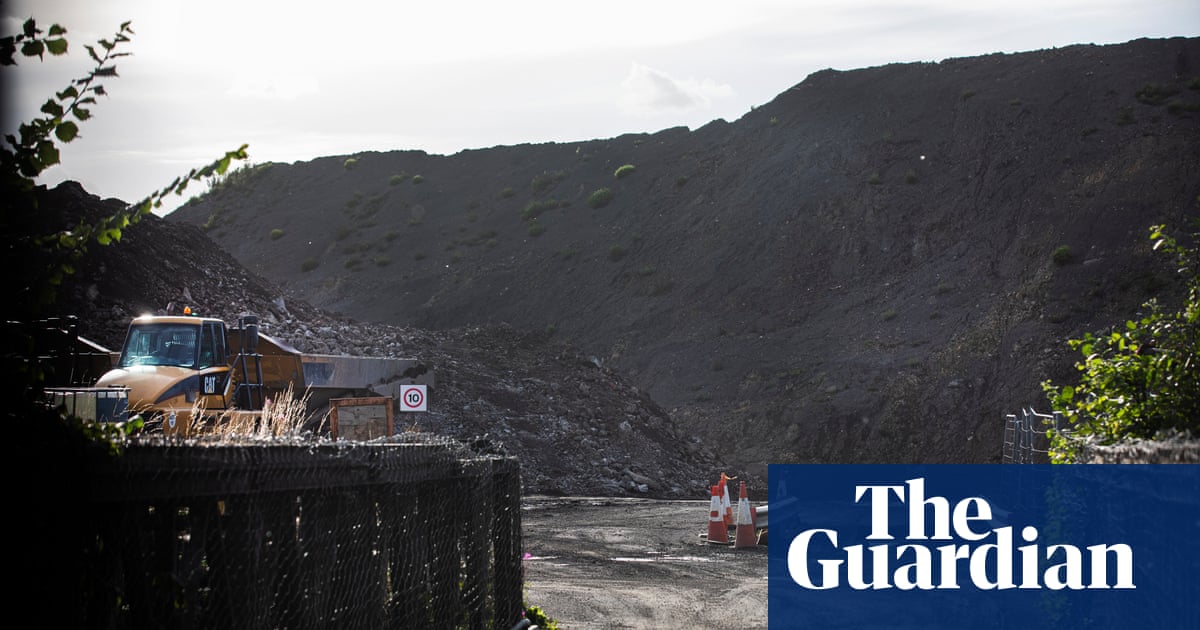 Few in the small town of Staveley, near Chesterfield, could have predicted that an overlooked industrial site on its outskirts would play host to the end of thousands of years of coal mining in England.

The Hartington site stands unassumingly within the green hills of Derbyshire where it produces a small handful of coal, in industry terms, alongside gravel and construction grit. It is also, by chance, England’s last open-cast coal mine in a history that dates back to Roman times.

The Hartington site can trace its roots in the mining industry back more than 140 years to when it first began producing coal for the Staveley Coal and Iron Company in 1875. Then, the company’s 3,000 workers produced 1m tonnes of coal a year. Today, Hartington is a minnow within the fast-draining coal industry and aims to produce a total of 87,000 tonnes.

Government officials had expected Hartington to reach its modest target by the start of August, but delays caused by the coronavirus has meant the mine will be allowed to continue to eke out the last of its coal for the rest of the year.

By sheer chance Hartington will outlive England’s far larger surface mines, including Bradley in County Durham which shut on Monday after extracting 340,000 of 500,000 tonnes of coal earmarked when it opened in 2018.

John Wilson, a local businessman, owns Hartington alongside interests in local hotels and a recycling company.

The last open-cast mine in England will continue to produce coal alongside a handful of mines still operating in Wales and Scotland, and a few small underground mines in Cumbria and the Forest of Dean.

These mines may tap the same rich coal seams that helped power the Industrial Revolution, but they are a dusty shadow of one of the country’s most enduring industry. At its peak in 1913, Britain produced 292m tonnes of coal a year. Last year, a record low of 2.2m tonnes was produced after 35 years of accelerating mine closures.

It has been almost five years since 60 miners emerged for the final time from Britain’s last deep mine at Kellingley in North Yorkshire. The closure of the mine, which survived the Thatcher years and countless union strikes, marked yet another blow to the communities of former mining towns in the north of England.

The Hartington mine was one of the earliest casualties of the terminal decline in heavy industry after the first world war, shutting in 1921 after a miner strike before taking up a new life as a tip for other local mines and steel foundries.

At the centre of Staveley’s market square stands a clocktower monument to the town’s industrial past, but few are here to see it today. Since the collapse of industry in Staveley the town has emptied. The woes of its remaining small businesses have been compounded by recession, years of austerity, and the collapse of the British high street.

It has been becoming quieter here for years. There used to be three bank branches in this town, now there’s none

“The [coronavirus] pandemic doesn’t help,” says Halil Tatile, the owner of a fish and chip shop overlooking the square. “But to be honest it has been becoming quieter here for years. There used to be three bank branches in this town, now there’s none. It has all moved online, and if people do come out it’s to a big retailer where you can do everything under one roof.”

The owner of the nearby cobbler, who gave his name as Bobbo, said the exodus from the town centre had accelerated as young people left Staveley to find work. “The politicians say they understand that things are difficult in former industrial towns, but they keep putting money in the pockets of foreign workers by importing everything. So, isn’t that hypocritical?” he said.

Today, the UK imports of 6m tonnes of coal a year, mostly from Russian mines, despite the collapse in demand for coal in the production of steel and energy in power plants. It is a fact seized upon by those hoping to spur a coal mining renaissance in the UK despite the government’s climate targets.

Government ministers are considering plans for new open-cast mines, and caused dismay among environmental groups late last year by waiving through plans – still fiercely opposed – for the first new deep cast mine in a generation at the Woodhouse colliery in Cumbria.

A government spokesman told the Guardian that although Britain’s transition towards a low carbon future had “inevitably reduced the country’s dependence on coal extraction and use”, the government was “supporting the creation of new, sustainable employment opportunities in the green economy, which is predicted to support 2 million jobs by 2030”.