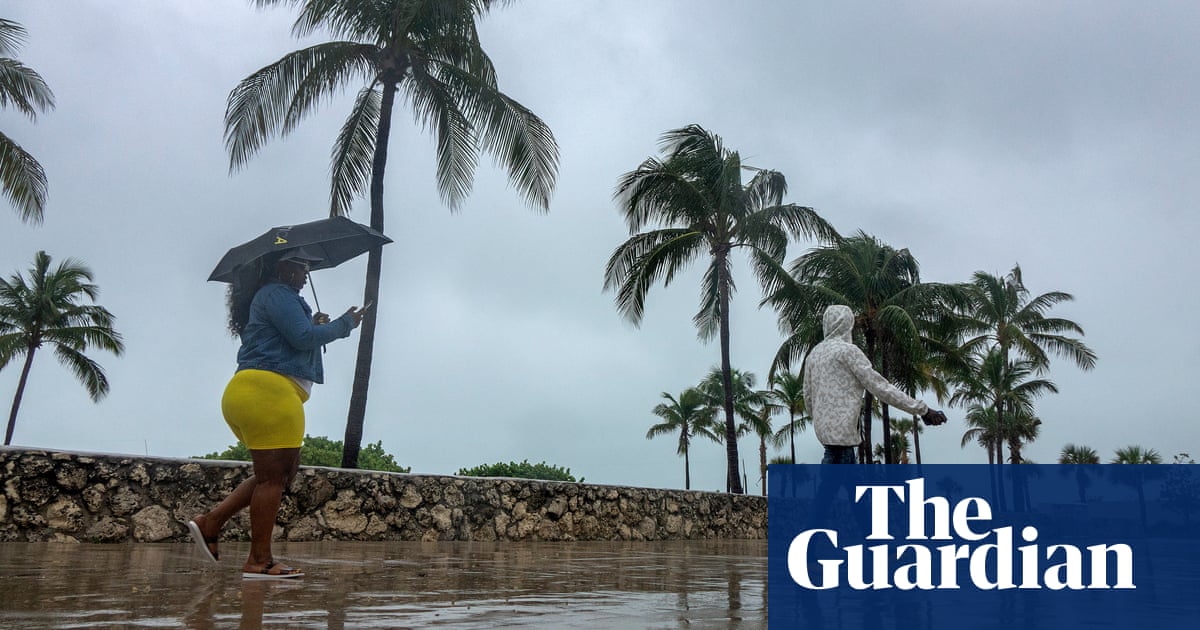 Two potential hurricanes are heading towards the northern Caribbean and mainland United States – with a third building in the Atlantic – in apparent confirmation of meteorologists’ predictions that the 2020 Atlantic hurricane season will become one of the worst on record.

The largest of the three, Tropical Storm Laura, was named on Friday, breaking the record for the earliest use of the letter L in a storm name in the region. Forecasts said it poses a potential hurricane threat to the US and British Virgin Islands, Puerto Rico, Hispaniola, Cuba and possibly southern Florida in the coming days.

The US Gulf coast may be hit by two storms next week as Laura curves north towards Louisiana and another, Tropical Storm Marco, pushes north from the Yucatan peninsula.

“I’m usually pretty measured, calm and I avoid hyping things when it comes to tropical storms and hurricanes,” said Rob Lightbown of subscription forecast service Crownweather.com. “But I’m as worried right now as I have ever been regarding the forecast for the rest of the season.”

Mid-August to mid-September is considered the peak of Atlantic hurricane season, the period in which powerful storms most regularly develop as they cross the Atlantic.

Earlier this month, meteorologists unexpectedly increased their predictions of an “extremely active” season from a 60% chance to 85%.

The United States National Oceanographic and Atmospheric Administration (Noaa) now says the number of named storms could be between 19 and 25 – well above the yearly average of 12. 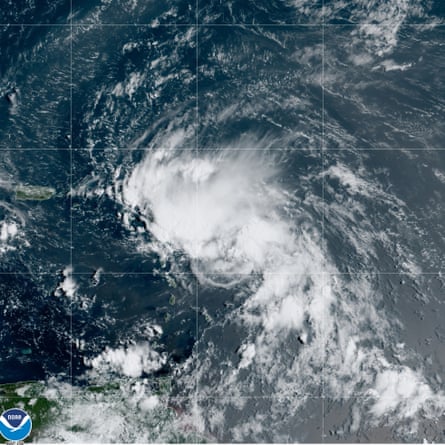 They blame extremely warm seas, unusually moist air and low winds in the upper atmosphere, estimating the amount of Accumulated Cyclone Energy (ACE), an indicator of overall storm potential, to have risen from twice the usual average to between 140% and 230%.

The pandemic is a complicating factor. Some scientists say that reduced air traffic is affecting forecasts, as fewer planes are now collating weather information. “I do think this year’s reduced weather data from commercial aircraft has made a big difference,” said Lightbown.

In small Caribbean islands and large cities on the mainland, the threat of hurricanes is increasing pressure on emergency systems already strained by Covid 19.

In the British Virgin Islands, a tiny archipelago in the north-east Caribbean with a population of just 30,000, the dangers of hurricanes are well known after category 5 Hurricane Irma devastated the islands in 2017.

“We’ve been giving out storm warnings earlier this year,” said Crystal Kanyuck-Abel, spokeswoman for the BVI Department of Disaster Management. “Because of Covid-19, we want to nudge people to act sooner and thereby reduce the dangers from everyone preparing at the last minute.”

New storm shelter protocols in the BVI, Jamaica and other Caribbean islands closely resemble those of the US Centers for Disease Control and Prevention, but authorities across the region will probably be forced to improvise.

“We’ll give out masks and sanitiser, and screen everyone on entry,” says Kanyuck-Abel. “We’ve increased distances between beds, placing sleepers head-to-toe to decrease chances of air particle exchange, and created separation areas for those showing possible symptoms so health authorities can decide whether to isolate them further.”

In Florida, several areas most at risk from hurricanes have also seen high coronavirus caseloads, and mass evacuations are likely to lead not only to crowding, but mass movements of potential carriers.

“For counties that may be receiving evacuees, authorities should now be thinking about how to maintain the safety of the evacuees and the host population,” said Kristina Dahl, co-author of a recent study by Columbia University and the Union of Concerned Scientists (UCS) looking at the potential impact of evacuation from southern Florida on Covid-19 numbers if a category 3 hurricane were to hit.

Using survey data gathered after Hurricane Irma in 2017, and comparing them with recent Covid-19 transmission rates, the study found that evacuation would lead to between 9,100 and 61,000 new coronavirus cases.

“The more we can do to keep evacuees from transmitting the virus to one another – housing evacuees in relatively private settings, mandating the use of face masks, and encouraging social distancing – the better off we’ll be after the storm passes,” said Dahl.

Environmental News Network – Bioplastics No Safer Than Other Plastics