Warragamba Dam: is western Sydney about to flood and would raising the dam wall help? 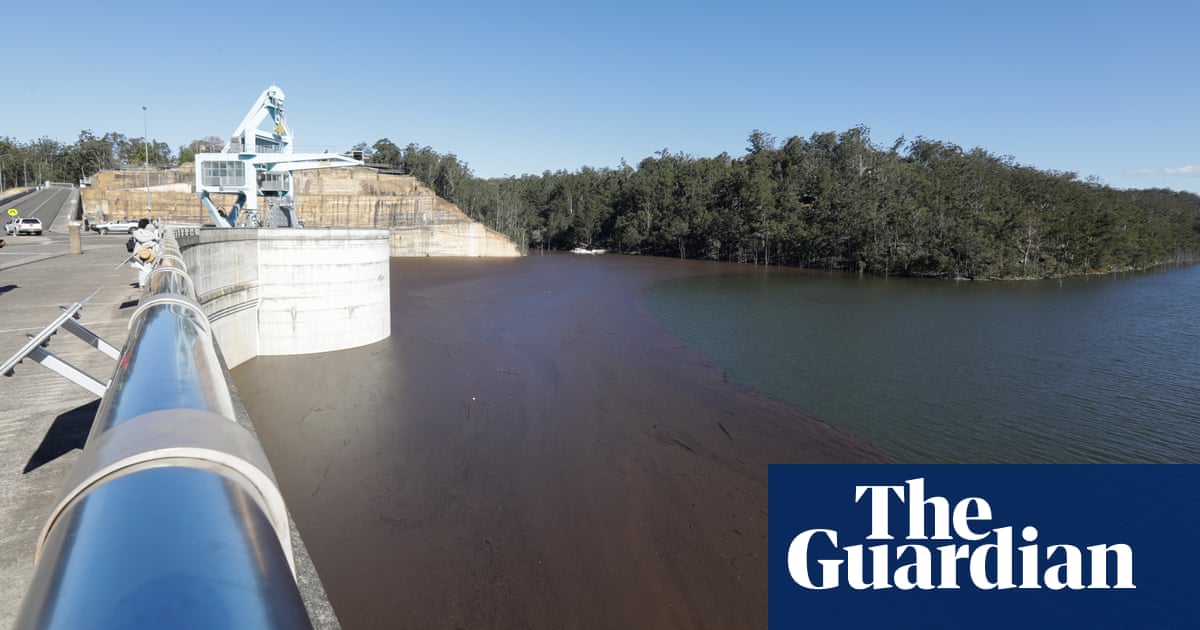 What is happening at Warragamba Dam?

Warragamba Dam sits on Sydney’s outer western fringe, and is the city’s main reservoir, supplying about 80% of its water. Built more than 60 years ago, it draws on six rivers in the Hawkesbury-Nepean catchment.

It hit 100% capacity on Monday, having filled rapidly during heavy rain periods this year. A year ago it was less than half full. However, level-one water restrictions are still in force across greater Sydney.

Are parts of Sydney going to flood?

It’s possible, but not expected at this point. Experts say it would require a significant rain event to force a large uncontrolled spill that affected suburbs downriver. There have been significant spills before, in August 1998 and March 2012.

For now, gates release water gradually into the Warragamba River at safe levels. State agency Water NSW said the dam began spilling on Sunday, initially at a rate of 100m litres a day, lifting to about 4,000m litres a day on Monday and peaking at 9bn litres a day at midnight.

On Tuesday, the agency said it opened a radial gate to discharge at a controlled rate of 7,000m litres a day with a goal of reducing the water to one metre below the full supply level, a process that would take a few weeks.

The agency said about 10,000m litres were flowing into the dam each day, but that rate was falling. It was working with the State Emergency Service and Bureau of Meteorology to “assess and prepare for future rain events”.

Stuart Khan, a professor of civil and environmental engineering at the University of New South Wales, agreed the risk of severe flooding was real if there was heavy rain, but stressed the “if“. He said a series of bottlenecks down the Warragamba and Nepean river increased the threat to homes if there was a major spill, but the dam being at 100% capacity was not itself cause for alarm.

What are the plans to change the capacity of the dam – and where are they up to?

The NSW government is proposing to raise the dam wall by 17 metres to reduce the risk of flooding in the Hawkesbury-Nepean Valley.

The controversial project has been in development since 2017 and will require environmental assessment and approval at both a state and federal level. The state originally proposed raising the dam wall by 14 metres but lifted that to 17 metres in June.

The plan has been delayed. Water NSW was due to finish an environmental impact statement, examining the potential impact on natural and cultural heritage, last year but it is still being drafted.

Leaked documents show state and federal environmental agencies have raised concerns about the quality of the assessments Water NSW is relying on, and the impact the project would have on the Blue Mountains world heritage area.

The NSW government has planned for a construction period from 2020 to 2024, assuming the project is granted environmental approval and the business case stands up.

Why raise the wall?

The project is not about increasing Sydney’s water supply. The government says raising the dam wall will reduce the risk to human life and of property damage on the floodplain. Local government areas in the Hawkesbury-Nepean Valley include Penrith, Hawkesbury City, the Hills Shire and Blacktown. The flood risk is projected to increase due to the climate crisis.

In 2017, Infrastructure NSW said there were up to 134,000 people living and working on the floodplain who could require evacuation if there was a major flood. It said urban expansion could double the number of people at risk over the next 30 years.

The government says lifting the dam wall would give it greater capacity to temporarily hold floodwater before releasing it in a controlled way.

Experts have questioned this rationale. In a submission to a NSW parliamentary inquiry examining the proposal, Jamie Pittock, from Australian National University’s Fenner school of environment and society, said it was driven by a desire to expand residential and commercial development. Pittock argued that this would put an additional 134,000 people in the potential flood path, and warned this sort of strategy had failed elsewhere, notably the 2011 Brisbane floods in which 35 people died.

The government responds that the region has to plan for population growth.

But the dam raising, and holding more water in the Blue Mountains world heritage area upstream from the dam, will have potentially serious environmental and cultural ramifications.

A summary of the environmental impact statement, contained in a leaked federal environment department document, suggests it could affect half the remaining global population of the critically endangered regent honeyeater and would put forest and woodland communities at risk of extinction.

It is estimated it could kill 238 greater gliders, a vulnerable species seriously affected by the recent bushfire disaster. Officials expressed concern that Water NSW’s environmental assessments did not adequately assess risks to other endangered species, and failed to consider the impact of last season’s bushfires.

Conservationists have warned the project could also wipe out as many as 50 recognised Aboriginal heritage sites. The world heritage committee has expressed concern the upstream flooding could affect the Blue Mountains’ outstanding universal values that made them a globally recognised.

In response to reporting by Guardian Australia and the Sydney Morning Herald, the NSW parliamentary committee examining the proposal will convene next week to scrutinise the leaked material.

The committee’s chair, the independent MLC Justin Field, said the government had previously sought to avoid questions about the adequacy of the environmental assessments by saying all issues raised would be addressed in the final impact statement. He said he was shocked by the extent of the criticism by officials in the leaked documents, and it was vital the state’s flood strategy received detailed public scrutiny.

Stuart Ayres, the minister for western Sydney, said this year has shown an east coast low could fill the dam at breathtaking speed. Widespread rain in February had increased the dam level 30% in a few days.

He said if the dam had been more than 80% full at that point, with no flood mitigation wall, the valley below would have “been in a lot of trouble”.

“Without a raised dam wall there would be no opportunity to allow water to recede in the catchment forward of the dam before releasing water,” he said. “The only outcome in this situation is a more severe flood.”

But Pittock said there were flaws in the government’s analysis. In his submission to the inquiry, he said flood mitigation dams tended to help during small and medium-sized floods only and that there was “no configuration of the Warragamba Dam” that would prevent flooding in the Hawkesbury-Nepean Valley. On average, 45% of floodwaters that reached the valley came from other catchments that were not upstream of the dam.

“There would still be people in harm’s way,” he told Guardian Australia. “Almost no matter how big you build a dam inevitably there will be a flood the dam cannot hold.”

Time to move conservation up the agenda