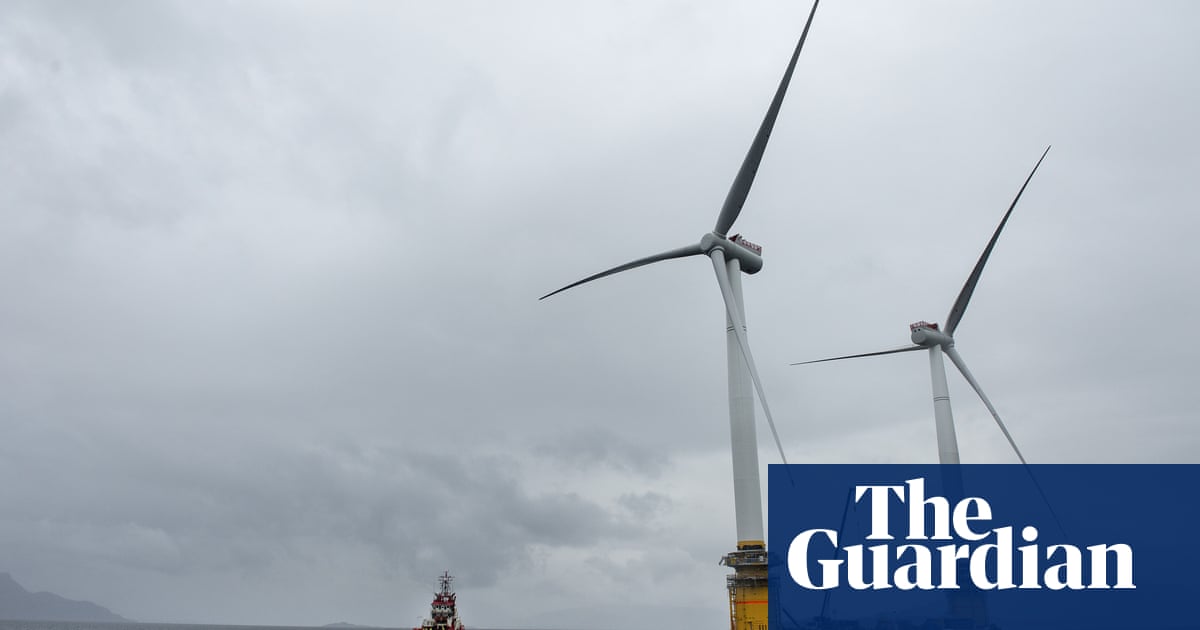 The Queen’s property managers have given the green light to the first floating offshore windfarm to be built off the coast of Wales, as the UK’s wind industry prepares to power into the Celtic Sea.

The Crown Estate granted two new leases for windfarms in Welsh waters on Wednesday, including the seabed rights for a demonstration project that involves installing floating wind turbines 27 miles from the shore.

The 96MW Erebus project marks a big step for the development of offshore wind off the Welsh coast, and could emerge as one of Britain’s first floating windfarms beyond Scotland, where one is under construction and another planned.

The Crown Estate, which holds the rights to seabeds around the British Isles, encompassing Wales, England and Northern Ireland, has also granted rights for a 10,600 hectare extension to the Gwynt y Môr offshore windfarm off the coast of north Wales, which could provide power of up to 576MW, helping Wales meet climate targets.

Lesley Griffiths, the environment minister in the Welsh government, welcomed the “next step in harnessing the potential for energy” in home waters.

“The climate emergency means we will need much more renewable energy to meet our needs, and the Welsh government has supported the development of marine energy for many years,” she said.

The first floating windfarm in Wales will add to a multi-million pound windfall for the Queen’s coffers expected later this year as energy companies vie for the right to build projects in the world’s biggest auction of offshore leases in 10 years. The profits will go to the Treasury, which will then send 25% back to the royal household in the form of the sovereign grant.

Floating windfarms are considered the next frontier for developers because the technology allows projects to move ahead even in very deep waters where fixed seabed foundations would be too costly to build.

RenewableUK, the industry trade body, has estimated that the floating offshore wind industry could create 17,000 jobs and provide an opportunity to export new skills and technologies to other countries surrounded by deep coastal waters.

The Erebus project off the coast of Wales will be developed by a joint venture called Blue Gem Wind, formed by the French oil company Total and the renewable energy developer Simply Blue Energy.

Hugh Kelly, a director at Blue Gem Wind, said signing the lease was the first stepping stone on the path to a new chapter of offshore projects that would help “unlock the significant potential of floating wind in the Celtic Sea”.

Luke Clark, from RenewableUK, said the trade group was confident that Britain could host 2,000MW of new floating windfarms along its coasts by 2030 provided the government helped support the growing sector.

Clark said: “To reach net zero emissions we need to see a massive expansion of floating wind all around the UK, including Wales. Building a world-leading UK supply chain for floating wind will create new opportunities to export our expertise to emerging markets with deep-water coastlines, including China, Taiwan, Japan, South Korea and the US.”

‘They deserve to be heard’: Sick and dying coal ash cleanup workers fight for their lives

Only one in 10 utility firms prioritise renewable electricity – global study