The Guardian view on coronavirus and the climate crisis: seize this chance 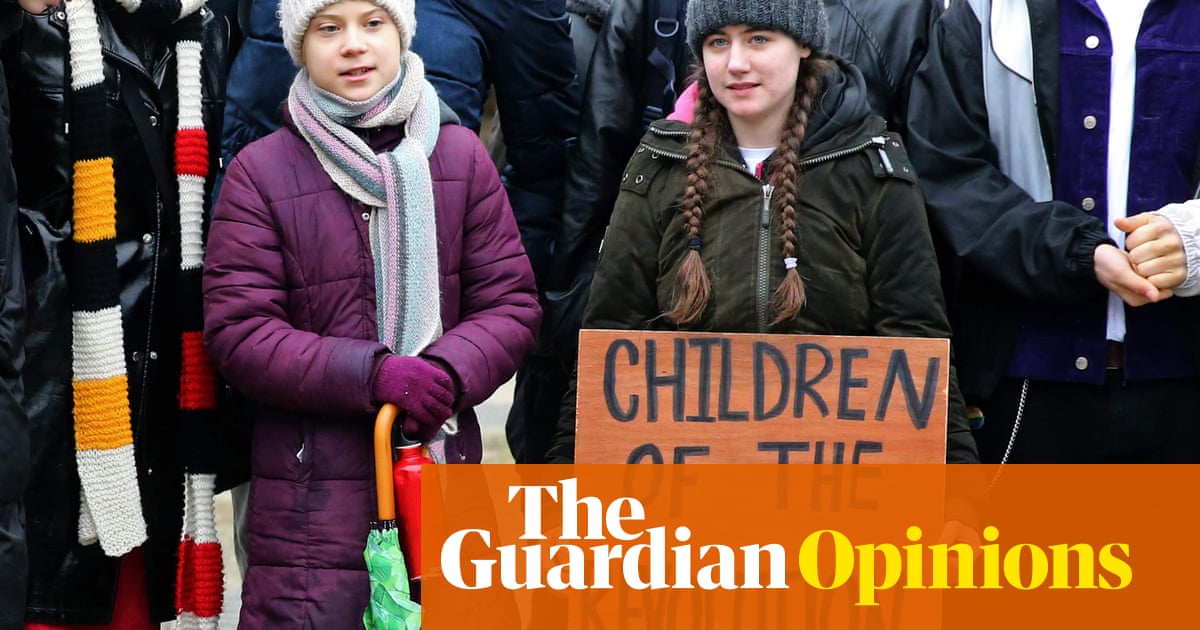 Greta Thunberg has warned that we have wasted valuable time in the fight against global heating. We need Green New Deals 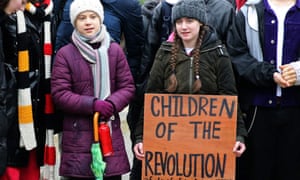 In the early days of the pandemic, many people urged that societies could not and should not return to business as usual afterwards. Coronavirus not only confronted us with danger, but showed what was possible. By forcing massive overnight change, it demonstrated that dramatic action could be taken when a crisis was urgent enough; that many people could agree to make sacrifices when truly necessary; and that governments could invest trillions when the future of their countries demanded it. But as the great pause has turned into a gradual reopening, there is little sign that these lessons have been learned.

Greta Thunberg’s call for climate action should be seen in this context. The campaigner, writing for the Guardian to mark the second anniversary of her first school strike, says the world has wasted that time. While millions have been inspired to follow her in protest, and the European parliament has declared a climate and environmental emergency, little action has resulted.

Over the last six months or so, the pandemic has not only demonstrated that change can be quicker than anyone anticipated, it has also offered a practical opportunity to reconfigure economies. Governments are spending money as they have never done in peacetime. Germany and South Korea have seized this chance for big green investments. Others, including the UK, have not. Shockingly, G20 countries are spending much more in support of fossil fuels than on low-carbon energy in their rescue packages; few even imposed green targets when they bailed out the airlines, as France did.

Boris Johnson promised that Britain would “build back greener” and Rishi Sunak pledged a green recovery. Yet the chancellor’s summer statement showed precious little sign of that beyond the £3bn insulation programme – unimpressive given the £9bn promised in the Conservatives’ November manifesto. These shortcomings look all the more glaring when the UK is not on course to meet its 2025 or 2030 carbon targets, and when it will host next year’s crucial UN climate change conference.

They are also more concerning as we experience rising temperatures and strange weather patterns. A week ago, scientists warned that the past decade was the hottest ever recorded. In recent weeks Britons have sweltered through a heatwave and farmers have warned of the worst wheat harvest since the 1980s due to consecutive seasons of extreme weather. Ms Thunberg’s article, co-written with fellow activists, notes that the movement’s demands may seem unrealistic – but that it is much more so to believe that our societies could survive the global heating and other disastrous ecological outcomes we are heading for: “The question is, will the changes be on our terms, or on nature’s terms?” they ask.

Just over a decade ago, the UN secretary general and others urged a Green New Deal in response to the global financial crisis. The world missed that opportunity, and looks set to repeat its mistake. But the benefits of a drastic shift in priorities are clearer than ever: economists and health experts say that they would outweigh the costs. The World Economic Forum said last month that tackling what it calls the global nature crisis could create 400 million jobs and $10tn (£8tn) in business value each year by 2030 – while the current rate of destruction threatens half of global GDP.

There is still time to act. Economic rescue packages are still being shaped; Berlin’s has shown what is possible. In the UK, coal’s role in power generation has slumped from almost 25% to 2% in just a few years, and the offshore wind industry is thriving. The ban on petrol and diesel cars slated for 2035 should be accelerated, and the installation of gas boilers outlawed. But above all, pandemic response spending must be directed to those parts of the economy that can reduce global heating, not worsen it.

I lived the climate crisis every day of my childhood. This November, I’ll vote on it