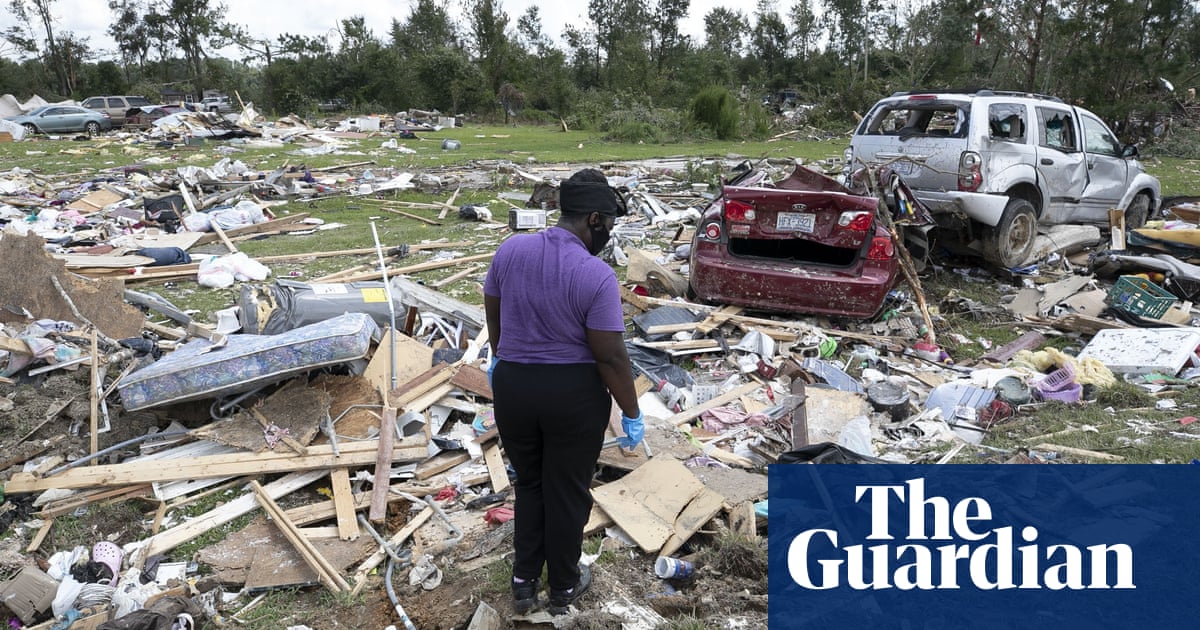 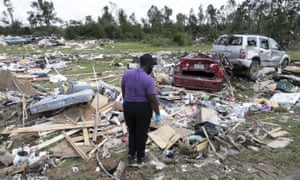 Homes destroyed in Windsor, North Carolina, by Hurricane Isaias, which tore through the state on Tuesday. Photograph: Robert Willett/AP

The National Oceanic and Atmospheric Administration (NoaaA) has predicted an “extremely active” hurricane season in the US in an already record-breaking year for storms.

Noaa’s Climate Prediction Center said there could be up to 25 storms which have sustained winds of 39mph or greater. Storms which hit this threshold are named by the agency.

In a normal year, there are usually two storms before August which are named.

This year, there have already been nine named storms, a record which makes 2020’s hurricane season one of the busiest on record in the US.

Gerry Bell, the lead seasonal hurricane forecaster at the Climate Prediction Center, said the combined intensity and duration of all storms during the season is predicted to be much higher than the threshold for an “extremely active” season.

“We’ve never forecast up to 25 storms,” Bell said in a press briefing. “So this is the first time.”

The previous high was in 2005, when the agency predicted a maximum of 21 named storms.

Of the 25 possible named storms, Noaa estimates seven to 11 could become hurricanes, which have winds of at least 74mph. The agency also forecast that three to six storms could become major hurricanes, with winds of 111mph or more.

The hurricane season ends on 30 November. Noaa said there is an 85% chance it will be an above-active season, an increase from the May prediction.

“This year, we expect more, stronger, and longer-lived storms than average,” Bell said in a statement.

The NoaaA forecast does not predict which of the hurricanes will make landfall, because those predictions rely mostly on short-term weather patterns.

The increase in predicted hurricanes is attributed to warmer than usual sea surface temperatures in the Atlantic Ocean and Caribbean Sea, combined with the wind conditions.

There is also growing evidence that warming in the atmosphere and upper ocean, caused by human activity, is creating conditions more suitable for more destructive hurricanes.

Residents in areas more vulnerable to hurricanes have been encouraged to review their preparation plans for a possible storm, and to account for the effects of Covid-19 in that plan.

This week, when Hurricane Isaias was heading towards South Carolina, health officials there advised people to add face masks and cleaning products to their preparations kits because of the virus.

Officials also encouraged people who may need to evacuate to find hotels to go to, or family and friends to stay with, to avoid staying at a shelter, where socially distancing would be in place but is still an environment where the coronavirus could spread more easily.

The evolution of Extinction Rebellion – podcast