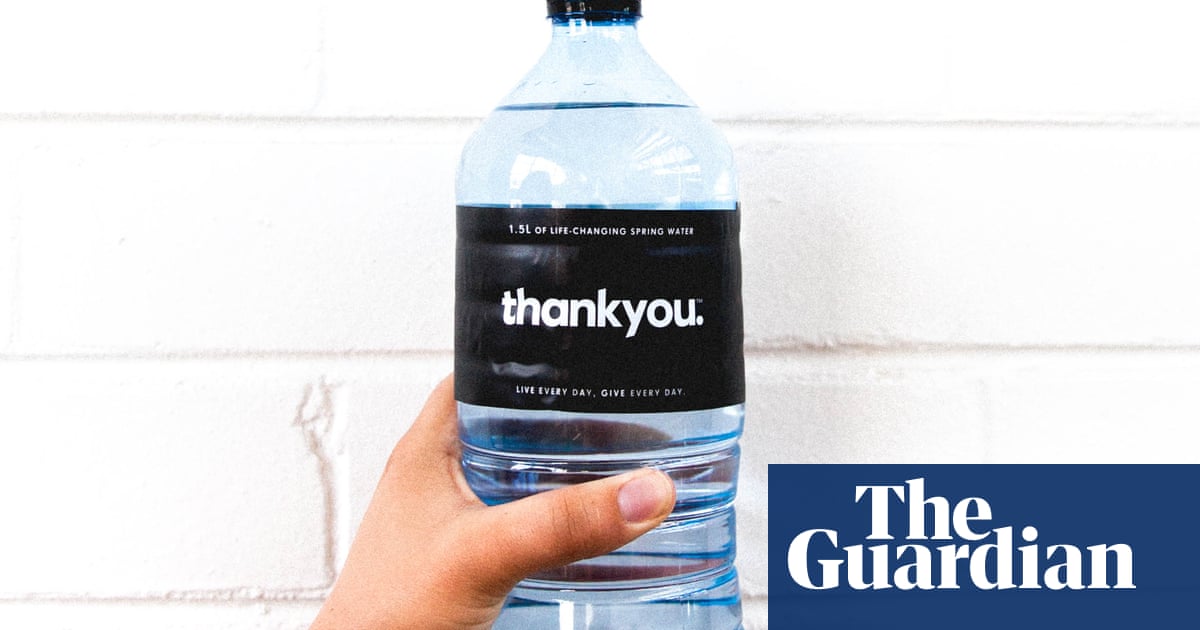 The social enterprise Thankyou has permanently stopped production of its founding product – bottled water – saying it could no longer justify the environmental harm caused by selling it in a developed country such as Australia.

The Melbourne-based company launched in 2008 with bottled water and has since expanded to products including handwash, lotions and baby products.

In a blog post, the company said: “We’re announcing that this is the end, we’re out. As of today, production has ceased, and the last bottles of Thankyou Water will be trickling off shelves over the coming months.”

Thankyou Group’s managing director and co-founder, Daniel Flynn, told Guardian Australia he hoped the death of the group’s bottled water product “sends a message to other consumers and other brands”.

“[Bottled water] doesn’t make sense in Australia,” he said. “In a significantly developed nation with perfectly good drinking water from the tap, it’s a rort. We got in on it because we could extract money to help end extreme poverty.”

According to the World Health Organisation, 2.2 billion people have no ready access to clean drinking water.

Flynn said a search for more sustainable ways to produce the water – including alternative packaging without oil-based plastics – had fallen short.

He revealed the company had even considered changing the name of the product to “Sorry”.

On the blog, the company, which employs almost 30 staff, said: “We’ve said it from the start, bottled water is a ‘silly product’ and that it shouldn’t exist – but while it does, we wanted to provide a better choice in the market that would help bring water to those in need.

“We naively always thought we’d eventually find a solution that’s a win-win for humanity and the planet. We were wrong.”

Flynn said the product had been launched with his partner Justine, now his wife, who had worked in developing countries and seen firsthand the problems caused by lack of clean water.

Plans to stop selling the water had started more than three years ago, when Thankyou launched its range in New Zealand, but without bottled water.

Flynn said: “It was absolutely the right call then. We showed that Thankyou could work in personal care and it carried well beyond water. We started then to plan to delist it here in Australia and walk away.”

Thankyou, which had sourced its water from springs in Australia, is a social enterprise that works like any other company, except profits do not go to shareholders to pay dividends.

Thankyou is owned by a trust that distributes profits to projects in developing countries with a focus on access to clean water, sanitation and, in Nepal, on health clinics for women and babies.

Flynn said the trust had distributed $6.9m since the company was founded in 2008. More than $1m had come from bottled water sales.

Environmental campaigners have fought against bottled-water sellers in Australia and in other developed countries for years, saying the energy and resources used to produce, package, transport and refrigerate the water was unnecessary, while the single-use bottles were often not recycled.

The industry research group Ibis World estimates the bottled-water industry in Australia is worth about $650m a year.

Jeff Angel, the director of Boomerang Alliance, a collective of 52 environment groups that campaigns on single-use plastic and recycling issues, said: “I congratulate [Thankyou] on their decision, but there’s a long way to go to get the rest of the market to change.

“There is far less environment impact from reusable bottles – where people have their own container – and that has been obvious for a long time. But there continues to be a sizeable consumer embrace of single-use water bottles.”

Angel said bottled water was justified in some developing countries, but that also came with “an enormous single-use bottled water pollution problem”.

“The push for refillables [in Australia] makes a lot of sense, but it’s hard to overcome the single-use water bottle market that’s embedded itself into our lifestyles.”

‘It is such a fleeting thing’: Hobart residents flock to witness the Disappearing Tarn