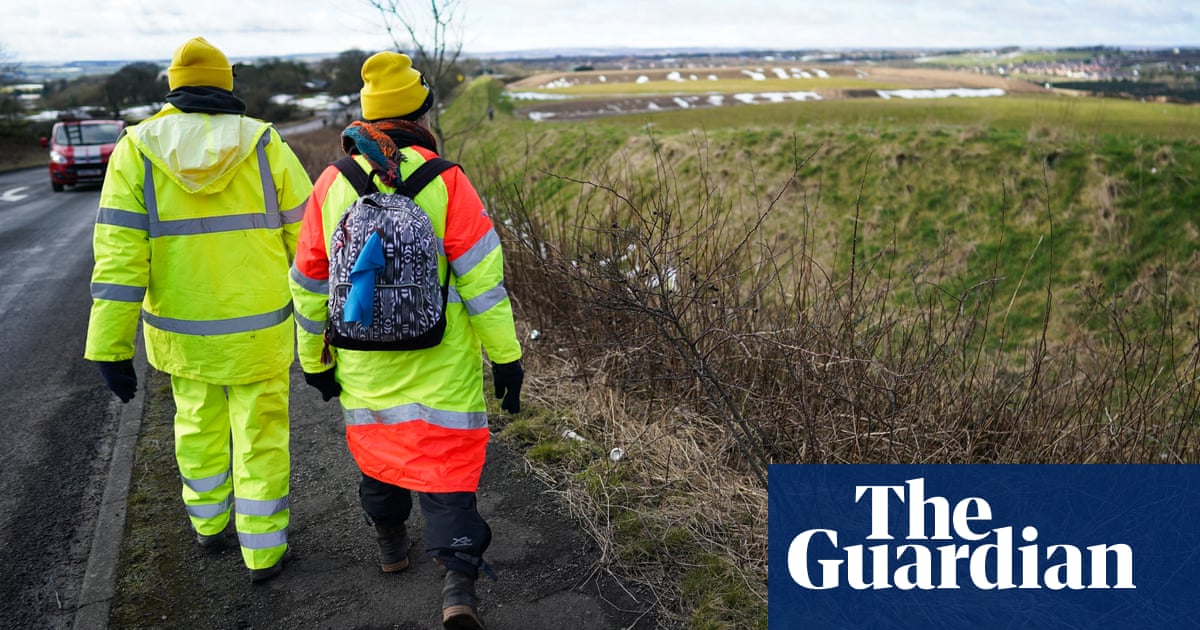 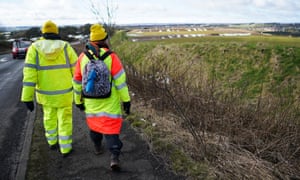 Extinction Rebellion demonstrators walk alongside the Bradley open cast coal mine in a protest in February against a proposed extension, which was eventually turned down. Photograph: Ian Forsyth/Getty Images

Thousands of years of English coal mining will near an end this week with the closure of one of the country’s last remaining coal mines in Bradley near Durham.

The owner of the surface mine, the Banks Group, said Bradley will extract its last coal on Monday 17 August, two months after its sister site at Shotton in Northumberland ended its own coal production.

Banks Group, which continues to operate mines in Scotland and the south of Wales, applied for permission to extend the life of its last mine in England until 2021 but the application was turned down earlier this summer.

The closure leaves only the Hartington mine in Derbyshire, which had planned to shut at the start of the month, as the last surface mine in England still eking out its remaining coal reserves for longer than expected.

A spokesman for the Department of Business Energy and Industrial Strategy said there is no revised date for the Hartington shutdown “immediately available”.

England’s remaining surface mines have reached the end of their lives less than five years after miners emerged from Britain’s last deep coal mine, the Kellingley colliery in North Yorkshire, for the final time in late 2015. In England, only small underground mines in Cumbria and the Forest of Dean continue to produce modest amounts of coal.

The Bradley shutdown comes only months after Hargreaves Services, which can trace its roots in the British mining industry back 150 years, told investors that it plans to wind down its Scottish mines because it was “clear that coal has a limited future”.

But despite the grim outlook some miners are hoping to lead a British renaissance to provide coal to the UK’s steelworks, which rely heavily on coal imports.

Ministers were expected to deliver their verdict on Banks Group’s plans to develop Britain’s largest coal mine at Highthorn in April, after years of fierce opposition from environmentalists, but the government has yet to give a decision on the controversial project.

The delay comes after government faced fierce criticism for giving the green light to the UK’s first new deep coal mine in 30 years in the same week that the Treasury launched a review into how the UK can end its contribution to global heating.

Coal has suffered a steep fall from favour as the UK has set increasingly ambitious climate targets. The fossil fuel provided around 40% of Britain’s electricity as recently as 2012, but last year coal-fired power made up just 2% of the UK’s electricity generation, which is the lowest share since the electricity system was first established in 1882.

Britain’s total demand for coal fell to 7.9m tonnes last year, according to government figures, down by a third from the year before. The collapse is due to a sharp shift away from using coal-fired power plants in favour of clean electricity from wind turbines and solar panels. The official figures show that coal demand from power plants fell by 56% last year to a record low of 2.9m tonnes.

Britain set a record coal-free run earlier this summer, which came to an end after 67 days, 22 hours and 55 minutes when a coal unit at the Drax power plant in North Yorkshire fired up for a post-maintenance test. Earlier this week a 55-day coal-free streak came to end after the UK’s record breaking heatwave caused wind speeds to slow and made gas-fired power plants less efficient too.

Protecting seafarers and the global supply chain during Covid-19