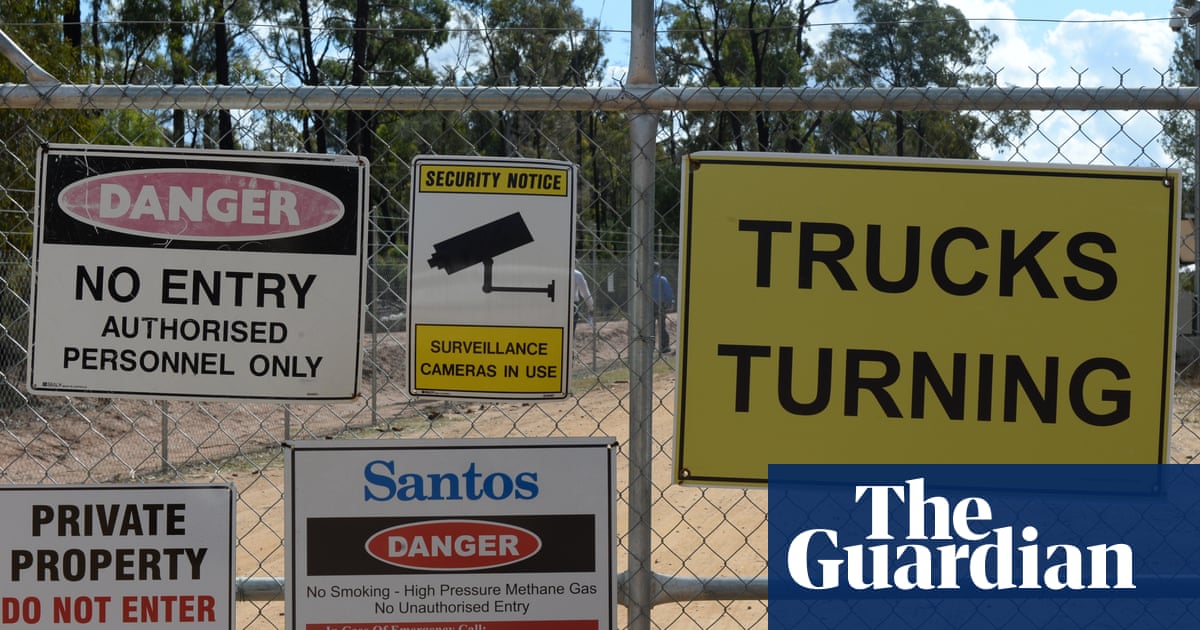 A decision on a controversial coal seam gas development at Narrabri, in north-west New South Wales, has been delayed after the company behind it lodged a last-minute submission suggesting it will have greater economic benefits than previously claimed.

The state independent planning commission announced on Friday it would reopen public comments on the $3.6bn project, proposed by the oil and gas company Santos, and push back a decision by four weeks, until 30 September.

It follows Santos lodging a submission on Monday that included new modelling suggesting gas could be produced more cheaply at the site than had been estimated, the project would reduce gas prices in the state, and the economic and employment benefits would be greater than previously thought.

In hearings last month, the commission heard evidence from hundreds of people and groups, most of them opposed. Objections included that it would damage the local environment, affect biodiversity in the Pilliga forest and lead to substantial greenhouse gas emissions at odds with Australia’s commitment to the Paris climate agreement.

The project would involve up to 850 coal seam gas wells being drilled on 1,000 hectares of a 95,000 hectare site that includes Pilliga forest and nearby grazing land. Santos says it could provide up to 200 terajoules of gas a day for domestic use for 20 years, equivalent to 50% of NSW demand.

The project has strong government backing. It has been formally supported by the NSW Coalition, and the prime minister, Scott Morrison, listed it as one of 15 projects of national significance, promising an accelerated assessment under federal environment laws. The energy and emissions reduction minister, Angus Taylor, has suggested it will help bring down gas prices.

In a statement on Friday afternoon, the commission said the deadline for its decision had been extended due to the complexity of the issues under consideration and the high level of interest in the project.

The chance for further scrutiny was welcomed by project opponents. Mark Ogge, a principal adviser to progressive thinktank the Australia Institute, said Santos had “completely re-written” the case for the project after hearings closed, lifting the estimated number of jobs by 78% and economic output by 36%. “It smacks of desperation,” he said.

Elaine Johnson, principal lawyer with the Environment Defenders Office, said Santos’ late submission was unusual and the new economic evidence was “substantially different” to what it had submitted previously. “Clearly, they have provided it in response to all the very significant concerns that were raised in the hearings,” Johnson said. “It is entirely appropriate that the community gets an opportunity to respond.”

A Santos spokesman said the company was disappointed the decision had been delayed, but added: “No one can now say they have not had ample opportunity to have their say on the project.”

Santos’s updated assertion, based on modelling by consultants ACIL Allen, that the project would reduce gas prices for consumers and businesses appears at odds with evidence to the commission by David Kitto, the director of the NSW Department of Planning, Industry and the Environment.

Kitto told the hearings the project was relatively small and the department had not claimed it would reduce gas prices. He later said Narrabri was consistent with state government policy to put downward pressure on prices by increasing gas supply.

Santos chief executive, Kevin Gallagher, has consistently said the project would reduce gas prices, but this assumption was not included in the company’s previous modelling.

A Santos spokesman said its reduced estimate of the cost of Narrabri gas was based on a recent analysis by the Australian Energy Market Operator. He said the reduced capital cost followed a decline in costs at its Queensland operations. “We will bring that experience to Narrabri,” he said.

Opposition to the project has come from the Institute for Energy Economics and Financial Analysis, which found gas from Narrabri would on average cost more than from other fields, a claim rejected by the company.

Former chief scientist Penny Sackett called for the plan to be rejected as it was at odds with the Paris agreement and a state target of cutting emissions to net zero by 2050. Gas is often described as having half the emissions of coal, but recent studies have suggested it could be more.

In January, the NSW premier, Gladys Berejiklian, said Narrabri was one of “two or three options” to deliver 70 petajoules of additional gas a year promised under a $2bn energy agreement with the federal government. Others were a gas import terminal at Port Kembla and a second possible terminal at Newcastle.

AGL says it will link bosses’ bonuses to lowering emissions