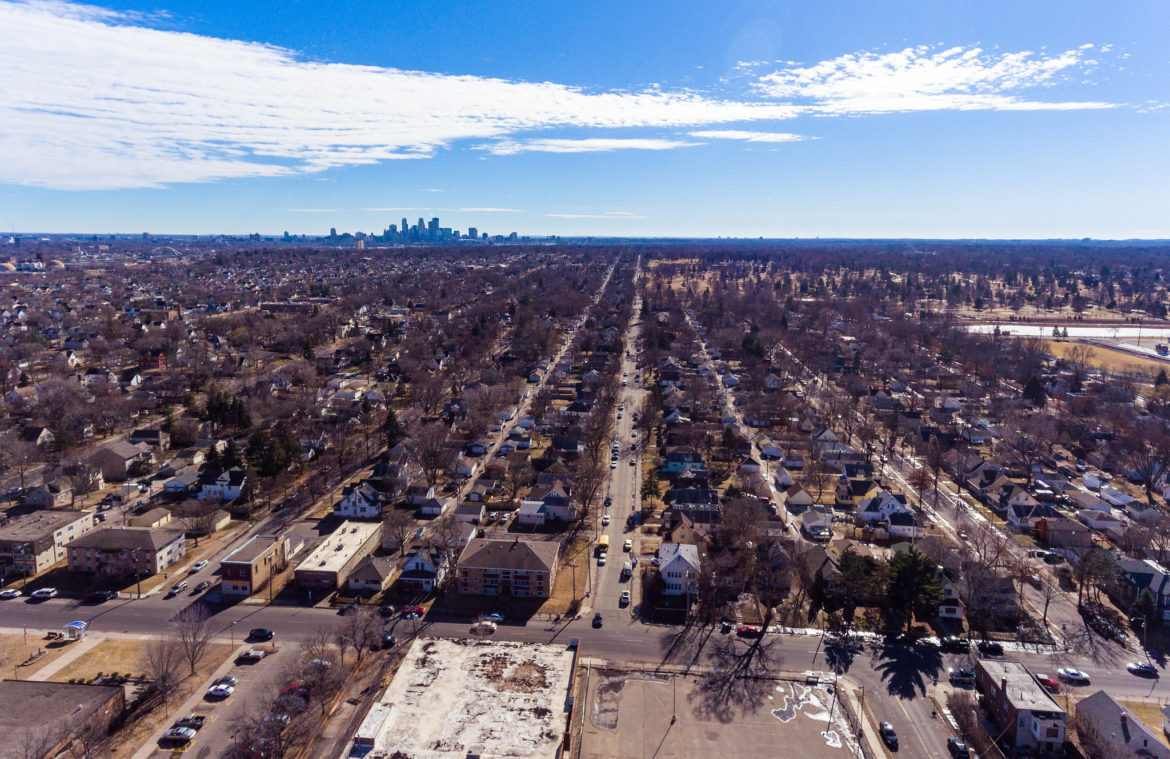 A proposal before state regulators would create a Pay As You Save program to help more homeowners afford efficiency upgrades.

The city of Minneapolis is seeking permission to launch what would be one of the nation’s largest on-bill financing programs for energy efficiency.

City officials are pressing state regulators to approve the $50 million pilot program as part of a natural gas rate case by CenterPoint Energy.

Under the proposal, customers would be able to borrow money for energy efficiency improvements and repay it through a line on their monthly utility bill. Unlike conventional loans, they wouldn’t face income requirements or credit checks, and the obligations would stay with properties.

City leaders call it “inclusive financing” — the concept is also known as Pay As You Save — and they say it will help offset proposed rate increases for some low- and middle-income residents. The city anticipates being able to assist around 10,000 households who would each spend an average $5,000 on projects.

CenterPoint, which wants to raise the basic residential monthly charge to $12 from $9.50, supports the on-bill financing proposal. Some critics, meanwhile, question how beneficial it would be to renters.

The proposal emerged because “more needs to be done to offset general rate increases on low- and lower-middle-income individuals and their families,” according to Jocelyn Bremer, an assistant city attorney.

Minneapolis sees inclusive financing as one of the most significant steps it can take to improve the lives of residents and meet its carbon reduction goals. The program could increase the quality of life and health of residents through energy savings and improved indoor air quality, Bremer said.

The city’s likely vendor, EEtility, Inc., has more than 5,000 customers participating in similar programs and has yet to see a disconnection because of nonpayment. The company works with 18 mostly rural and electric cooperatives in 8 states but has begun to attract interest from much larger investor-owned utilities.

Ameren Missouri plans to begin offering  PAYS in 2022 in a $5 million initiative expected to reach at least 1,000 customers. Georgia Power will launch a $5 million program in Atlanta and Athens next month. Depending on the results the model in both states could grow from there.

The program is what’s considered “tariffed” on-bill financing, as distinguished from a loan program. Charges are attached to residences and not individuals. If a participant moves, the next resident assumes responsibility for the repayment (and also continues to benefit from the improvements).

“We have a lot of low-income people in the program because high energy burdens correlate with high energy intensity, and generally speaking, people who are living in those situations are people of color, disproportionately African American, Native American, and Latino,” she said.

The financing process starts after an inspection of a client’s home to identify cost-efficient upgrades. Contractors who sign up to be part of the EEtility program agree to fix any issues that result in a project not meeting the desired cost savings, she said. However, that problem only surfaced a few times among thousands of successful projects.

CenterPoint Energy would not provide financing, a departure from other PAYS programs where utilities provide the capital. Instead, the city will use “impact” investors such as foundations and other organizations, Agard said. Minneapolis has not disclosed its financing partners.

Agard said because of EEtility’s conservative approach, repairs rarely run into thousands of dollars. Multi-family buildings have benefited, she said, citing an Arkansas apartment building where all 85 tenants agreed to a $45-$50 a month tariff to save an average of $60 monthly. The program has safeguards against financing landlords who might use improvements to charge higher rent, she said.

Minneapolis sustainability manager Kim Havey said in testimony to regulators that inclusive financing has been a “key topic” in conversations about the city’s environmental goals.

There’s a racial equity component, too. Black families in Minneapolis earn only 44% compared to white families, and they have one of the lowest homeowner rates in the country at 25%, compared to 76% of white families. Many homes in the city’s poorer neighborhoods are substandard and would benefit from an additional financing option, Havey said.

The city’s Clean Energy Partnership, a collaboration with CenterPoint Energy and electricity provider Xcel Energy, has unanimously supported inclusive financing through a board resolution, Havey said. The partnership established a goal of seeing 75% of homeowners with whole home retrofits by 2025, a number unobtainable without the addition of inclusive financing, Havey said.

Allowing payment on utility bills reduces the paperwork and pre-screening that common home improvement loans require and shifts the burden from individuals to properties, Madden said. Other programs to help the poor have limited resources and often fail to reach potential applications, she added.

“I hope there will be a conversation on the reliance of loans for everything related to both lowering your basic cost of living, but also taking action on climate, from energy efficiency to an electric vehicle to buying a home,” she said. “When you have a history of institutional racism and predatory lending in the banking and finance industry… you can see loans and upfront cash and creditworthiness means not everyone can participate.”

Minneapolis neighborhood leaders generally like the concept but were skeptical about whether it would sway some landlords. Nokomis East Neighborhood Association executive director Becky Timm said the program could work well for individual homeowners but would be a harder sell for landlords leasing older, affordable apartments.

“The ones interested in doing good deeds have done them,” Timm said. “This would have to be a different messaging on the economics and profit margins. Making apartments more comfortable places doesn’t rank high on their priorities.”

Many landlords pay for natural gas used by tenants and that may be one way to engage them in efficiency investments if they see the opportunity for those bills to decrease, Timm said. Residents would be harder to convince to participate because there may be only marginal cost savings, she said.

Kimberley Washington, executive director of the healthy homes initiative Neighborhood Hub, said inclusive financing “is a great plan if you are a homeowner because you’re able to make improvements to your home” without having to get a loan. On Minneapolis’s North Side, however, many landlords would not participate, nor would their tenants.

“The problem I have with (inclusive financing) is we’re putting the onus on the renters, who are paying for the landlord’s responsibility,” she said. “Most people are not going to invest time and energy in fixing up someone else’s place if they’re not willing to do it themselves.”

Agard thinks the time is right, especially in a city dealing with housing inequities. On-bill financing “makes sure we’re reaching diverse populations and giving them access to energy efficiency upgrades, as much as everyone else does, regardless of income, home ownership or renter status,” she said.

The city of Minneapolis believes PAYS, if approved, could begin the fall of 2021.