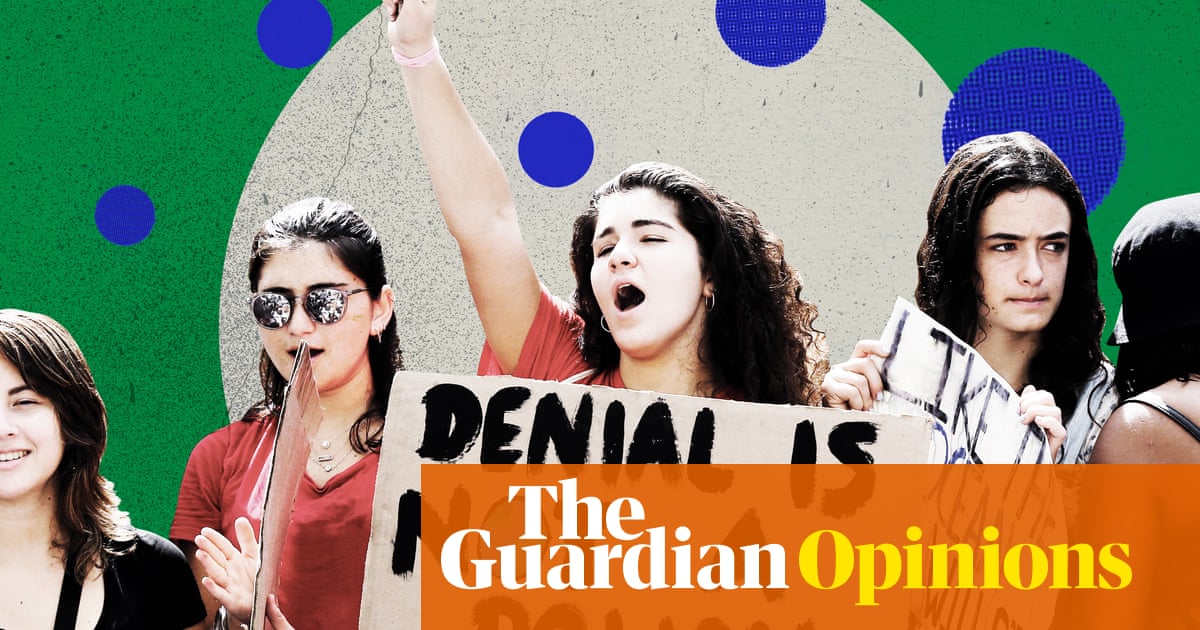 The Paris agreement to tackle climate change is an extraordinary opportunity. In a remarkable display of unity, almost every nation on Earth has agreed to make critical changes that will help humanity avoid disaster. By aiming to limit global warming to 1.5C, it represents the world’s best chance of adapting to a crisis that threatens our planet’s very existence. But Donald Trump is walking away.

This decision is politically shortsighted, scientifically wrong and morally irresponsible. By leaving the Paris agreement, he is undermining his country’s future.

Every single day, we see the effects of climate change across the US. From catastrophic forest fires in California to rising sea levels in Miami and devastating flooding in Texas, these changes are a real and present danger. Our climate is visibly changing and the consequences will be disastrous for everyone.

Despite this, the president is closing his eyes to reality. He is turning away from the only opportunity to save humanity from the effects of rising temperatures. Far from making America great again, his decision leaves it isolated – as everyone else comes together to face this great challenge.

President Trump’s stance is all the more bewildering because climate change does not respect borders. This crisis will not bypass America because he chooses to ignore it. Fires will burn just as wildly and rising seas continue to threaten coastal cities. No country is an island and America cannot pull up the drawbridge to escape a crisis enveloping the whole world.

Walking away will also do nothing to stop the consequences of climate change arriving on America’s doorstep. According to the World Bank, the effects of rising temperatures could force 1.4 million people to abandon their homes in Mexico and Central America, where one-third of all jobs remain linked to agriculture. Many of these climate refugees will head to the US.

Tackling climate change is an international problem that needs an international solution. The Paris agreement is the result of decades of careful work and a solution that will benefit everyone – including America – long-term. We need a low-carbon strategy for everything from food and water systems to transport plans and we must design climate resilience into our infrastructure. By investing in climate-adaptation strategies now, we can protect against the worst impacts of the risks and dangers that lie ahead.

A Global Commission on Adaptation report found that investing $1.8tn globally in adaptation by 2030 could yield $7.1tn in net benefits. Planning now and prospering, rather than delaying and paying for the consequences later, will sort the winners from the losers in this crisis response.

There is a brutal irony in that the world at large is finally waking up to the climate crisis as President Trump ignores the science. The EU is creating a Green Deal for a more sustainable economy and China is greening its infrastructure spending as leaders across the globe realise that we are running out of options. Without the Paris agreement, America will start sliding backwards just as everyone else accelerates.

History does not look kindly on leaders who do not lead when disaster threatens. There is a moral bankruptcy in looking away in a time of crisis, which resonates down the decades. This is all the more poignant as, across America, we can see many local efforts to try to plug the gap in the country’s climate strategy. Many Americans understand what their leader does not: we are running out of time to try to stem disaster, and their very lives may be under threat.

In Boston, city leaders have launched Climate Ready Boston to help create a more resilient future by redesigning buildings and waterfront parks, and elevating pathways. In Miami, the Miami Forever Bond includes nearly $200m for climate-change adaptation, countering sea-level rise through measures such as planting mangroves along the waterfront and raising sea walls.

Politicians from across the US political divide can also see what is coming – and what is necessary to avert disaster – from Republicans such as Miami’s mayor, Francis Suarez, to the Democrats, who have presented a Green New Deal. But this international crisis cannot be solved by local action, important though that is. We need the US to show leadership and place the whole might of US innovation and expertise behind this most important of endeavors.

President Trump has made a grave mistake in withdrawing from the Paris agreement at this critical juncture.

His actions lessen America, a country that has always taken pride in doing the right thing, at the right time, and seized opportunities for technological and economic transformation. But it is not yet too late to find a way back and this is one error that can be undone. We can only hope that America recognises this before it is too late.

Neanderthals may have had a lower threshold for pain: People who inherited a special ion channel from Neanderthals experience more pain