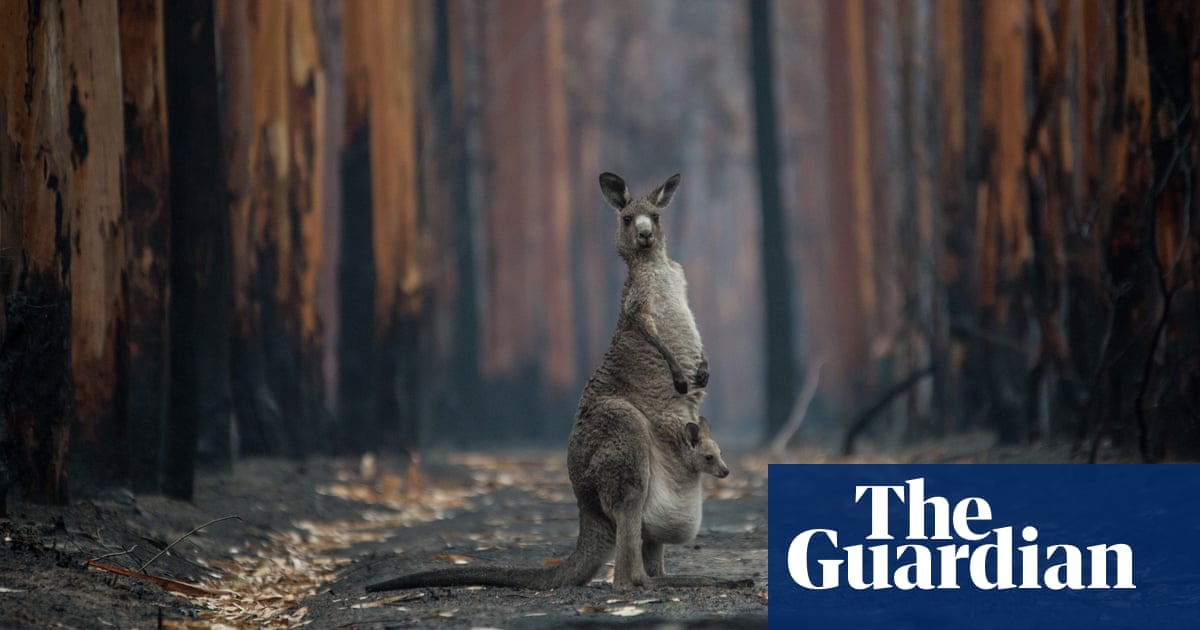 Nearly 3 billion animals were killed or displaced by Australia’s devastating bushfire season of 2019 and 2020, according to scientists who have revealed for the first time the scale of the impact on the country’s native wildlife.

The Guardian has learned that an estimated 143 million mammals, 180 million birds, 51 million frogs and a staggering 2.5 billion reptiles were affected by the fires that burned across the continent. Not all the animals would have been killed by the flames or heat, but scientists say the prospects of survival for those that had withstood the initial impact was “probably not that great” due to the starvation, dehydration and predation by feral animals – mostly cats – that followed.

An interim report based on work by 10 scientists from five institutions, commissioned by the World Wide Fund for Nature (WWF), suggests the toll from the fires goes much further than an earlier estimate of more than 1 billion animals killed.

The wildfires that swept through many parts of Australia between July 2019 and February 2020 were of a scale and size that is difficult to imagine. By the end of February, they had burned through at least 32,000 square miles (85,000 sq km) of Australian forest, an area the size of Ireland.

Nearly 3 billion animals were killed or displaced by bushfire. The habitat of an estimated 143 million mammals, 180 million birds, 51 million frogs and 2.5 billion reptiles was burned.

The fires came during Australia’s hottest year on record and in a country that already has among the world’s highest extinction rates because of invasive non-native species such as cats, foxes, deer, horses and various pathogens, along with habitat clearing and fragmentation.

But one year on from the start of those fires, what does the landscape look like today? With state borders closing because of Covid-19, the Guardian took a virtual journey through the blackened path of Australia’s summer of bushfires, talking to those who are investigating  the state of the continent’s surviving flora and fauna.

Dermot O’Gorman, WWF-Australia’s chief executive, said: “It’s hard to think of another event anywhere in the world in living memory that has killed or displaced that many animals. This ranks as one of the worst wildlife disasters in modern history.”

Chris Dickman, a professor in ecology at the University of Sydney and fellow of the Australian Academy of Science who oversaw the project, said its central finding was a shock even to the researchers. “Three thousand million native vertebrates is just huge. It’s a number so big that you can’t comprehend it,” he said. “It’s almost half the human population of the planet.”

Dickman said the project showed the impact of the fires was much greater than the devastating loss of koalas, which became the public face of the disaster to international audiences. Many of the reptiles affected were smaller species, such as skinks, that can live in densities of more than 1,500 individuals per hectare.

Lead researcher Lily van Eeden, of the University of Sydney, said the study was the first to attempt a continent-wide assessment of the impact of bushfires on animals. The analysis is based on a burned zone of 11.46m hectares (28.31m acres), an area nearly the size of England. It includes about 8.5m hectares of forest, mostly in the southeast and southwest but including 120,000 hectares of northern rainforest.

The study showed the extent to which megafires were reducing the country’s biodiversity, and underlined the need to address the climate crisis and stop the clearing of land for agriculture and development, said Dickman.

“We really need to start thinking about how we can rein in this demonic genie that’s out of the bottle,” he said, referring to climate change. “We need to be looking at how quickly can we decarbonise, how quickly can we stop our manic land-clearing.”

Since the late 1980s Australian scientists have been warning that adding more greenhouse gases to the atmosphere would increase bushfire risk. An analysis in March found the risk of the kind of hot and dry conditions that helped drive Australia’s catastrophic fires had increased by a factor of more than four since 1900, and would be eight times more likely if global heating above pre-industrial levels reached 2C.

In evidence to a royal commission into the bushfires in May, the Australian meteorology bureau presented data showing dangerous fire weather in southeast New South Wales and Victoria was now starting in August, three months earlier than in the 1950s.

The WWF-backed analysis is the latest of several papers to map the devastating impact of the bushfires.

A peer-reviewed study by three ecology professors in June concluded that the fires had caused “the most dramatic loss of habitat for threatened species and devastation of ecological communities in postcolonial history”. This month a separate paper drawing on the work of more than 20 leading Australian scientists found that 49 native species not currently listed as threatened could now be at risk, while government data suggested 471 plant and 191 invertebrate species needed urgent attention.

The WWF report says several techniques were used to estimate animal numbers. Mammal numbers were based on published data on the densities of each species in different areas; bird numbers were derived from BirdLife Australia data based on nearly 104,000 standardised surveys; reptile estimates were modelled using knowledge of environmental conditions, body size and a global database of reptile densities.

The scientists said their estimates were conservative due to limitations in the methodologies used. The number of invertebrates, fish and turtles affected was not estimated due to a lack of relevant data. A final report is due next month.

Several scientists have called for an overhaul of threatened species protection in the wake of the bushfires, including better monitoring of biodiversity. Conservationists have linked Australia’s limited monitoring of its wildlife to a funding for environment programmes being cut by more than a third since the conservative Coalition government was elected in 2013.

O’Gorman said the report should be considered as part of an ongoing independent review of Australia’s national environment laws. “Following such a heavy toll on Australia’s wildlife, strengthening this law has never been more important,” he said.

An interim report from the review released last week said the country was losing biodiversity at an alarming rate and had one of the highest rates of extinction in the world. It said existing laws were not fit to address current or future environmental challenges.

Scott Morrison’s government responded by announcing it would introduce new national environmental standards against which major development approvals would be judged. But the government has been criticised for pushing to change the laws to allow it to devolve approval decisions to state and territory governments before completion of the review and before the new standards were ready to improve biodiversity protection.

Find more age of extinction coverage here, and follow biodiversity reporters Phoebe Weston and Patrick Greenfield on Twitter for all the latest news and features

Toward principles of gene regulation in multicellular systems?

Environmental News Network – Can Adding Lemon To Water Make It Safer To Drink?