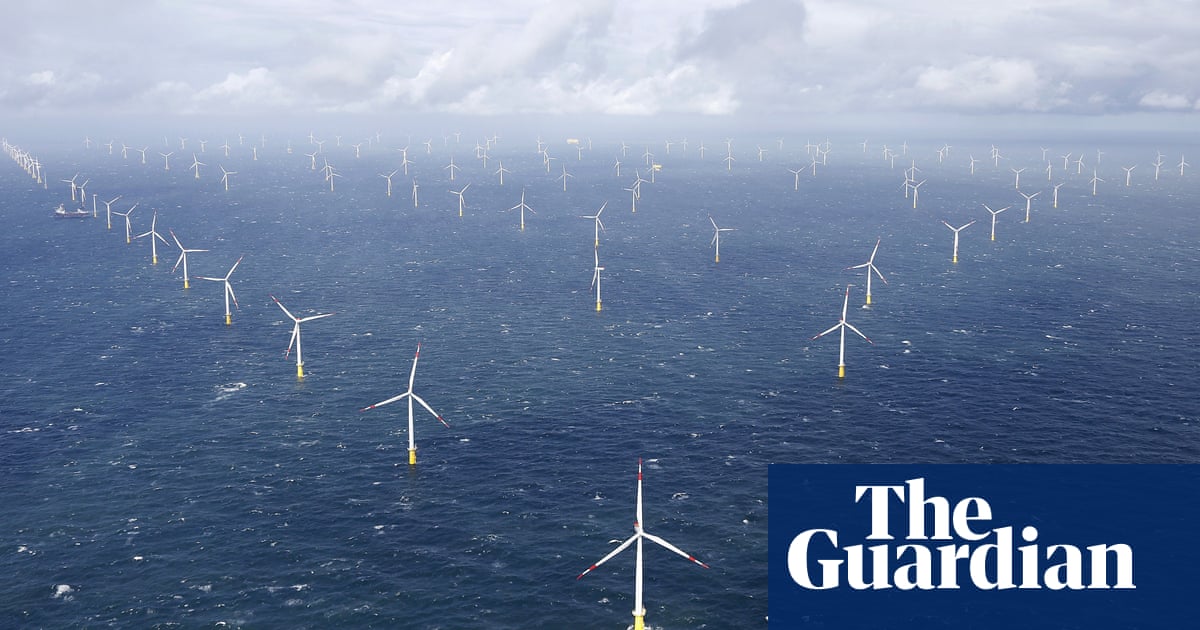 Report finds the offshore industry could create 900,000 jobs globally over next decade 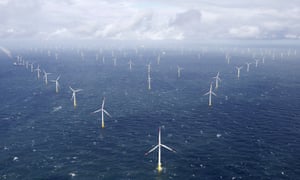 Germany’s Amrumbank West offshore wind farm in the North Sea. The country was second to the UK as the largest market for offshore wind at the end of last year. Photograph: Morris MacMatzen/Reuters

The world’s offshore windfarm capacity could grow eightfold by the end of the decade powered by a clean energy surge led by China, according to the Global Wind Energy Council (GWEC).

A new industry report has revealed stronger than expected growth for the offshore wind industry, which could reach 234GW by 2030, from a global tally of just over 29GW at the end of last year.

The council revised its forecasts up by 15GW in its latest annual report on offshore wind power after the fastest ever growth in 2019, when new wind farms around the world added an extra 6.1GW to the global tally.

Ben Backwell, the chief executive at GWEC, said offshore wind was “truly going global” as governments around the world “recognise the role that the technology can play in kickstarting post-Covid economic recovery”.

The report found that the offshore wind industry could create 900,000 jobs globally over the next decade, or even more if policymakers use post-pandemic economic stimulus packages to accelerate the sector’s growth.

As well as a green economic recovery, the report found that every 1GW of offshore wind helped to avoid 3.5m tonnes of carbon dioxide from entering the atmosphere and contributing to the climate crisis.

The offshore market has grown on average by almost a quarter every year since 2013, led by a flurry of new projects in European waters, which hold 75% of the world’s offshore wind farms.

However, the rate of growth is expected to accelerate in the next 10 years because of a growing appetite for clean energy in countries in the Asia-Pacific region, according to GWEC.

“Over the coming decade we will see emerging offshore wind markets like Japan, Korea and Vietnam move to full deployment, and see the first offshore turbines installed in a number of new countries in Asia, Latin America and Africa,” Backwell added.

The UK held the top spot for the largest market for offshore wind at the end of last year with 9.7GW in operation, followed by Germany with 7.5GW and China with 6.8GW.

But by the end of the decade China is expected to host more than a fifth of the world’s offshore wind turbines, equating to 52GW, while the UK tally climbs to 40.3GW.

The third-largest market for offshore wind by 2030 will be North America, where there was a modest 30MW of offshore wind capacity in operation at the end of 2019. This is expected to grow to 23GW installed by 2030, according to the report.

Materials scientists drill down to vulnerabilities involved in human tooth decay: Enamel formation study could lead to new interventions to prevent and treat disease and defects

Police expecting more lockdown protests on weekend – as it happened