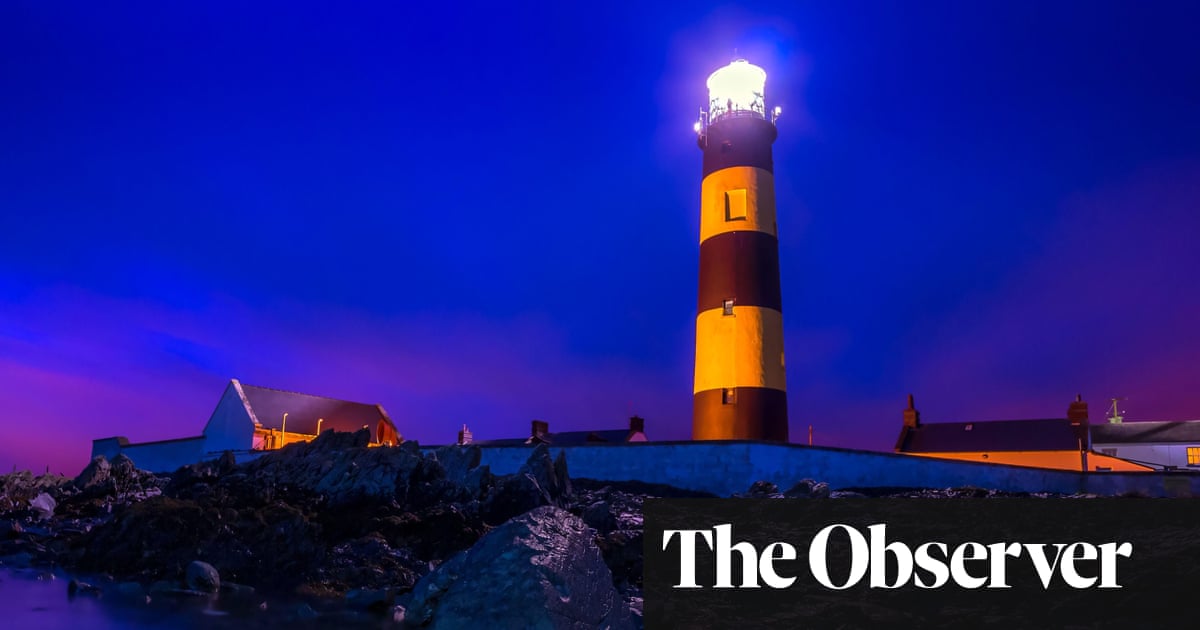 The “loom of the light” is a phenomenon that lets you see the glow of a lighthouse from over the horizon. Particles of water vapour in the atmosphere scatter the light upwards so it can be glimpsed further than the line of sight. It is an optical wonder that has delighted – and guided – mariners for centuries.

But now some fear an environmental push towards low energy will extinguish a loom that stretches across the Irish Sea, draining beauty from the nocturnal landscape.

Campaigners say that the Commissioners of Irish Lights, a cross-border body that manages lighthouses in Northern Ireland and the republic, is on the verge of vandalising St John’s Point, a masterpiece of Victorian engineering that towers 40 metres over a rocky headland in County Down.

The agency wants to install low-power LED lights at St John’s Point and six other automated lighthouses to save energy. It also wants, on safety grounds, to remove liquid mercury, which helps rotate lenses that weigh several tonnes.

Other countries are making similar changes. Trinity House, which manages lighthouses in England, Wales, the Channel Islands and Gibraltar, has converted 20 out of 66, and said it would continue to fit LED lamps “where required”.

The Northern Lighthouse Board, which maintains 206 lighthouses and 167 buoys in Scotland and the Isle of Man, said 125 of its sites had LEDs as the primary light source, and that there had been no opposition to them.

Residents in County Down, however, have rebelled. In the past five years, they have used roadblocks, forged an unusual political alliance and appealed to celebrities and royalty to stave off change to St John’s Point, built from 1839.

“It doesn’t represent progress,” said campaigner Eileen Peters. “The most important objection is the reduction in the quantity and character of the beam. It’s part of our heritage, the quality of our beautiful light. It just shows what philistines they are.”

The campaign includes fishermen, conservationists, the Sinn Féin MP Chris Hazzard and unionist and nationalist members of Newry, Mourne and Down district council.

Roadblocks stymied an attempt by Irish Lights workers to install LEDs in 2015, and residents would try to stop further attempts, said Peters. “These people are ready to go again, they will not be stopped. What we’re doing is for the future, it’s not for us.”

But the Commissioners of Irish Lights will not back down – the organisation has tendered for contractors to do the work.

Robert McCabe, director of coastal operations, said the agency had shown flexibility by revising the original plan, which would have replaced the revolving lens and sweeping beam with a static light, and that the new version would deliver important benefits while respecting heritage.

“In 2015, they were right in their objections. It made us go back to the drawing board. I guess there is still a lingering concern that we won’t deliver. They may not trust us as much as we’d like.”

It’s part of our heritage, the quality of our beautiful light. It just shows what philistines they are.

The change would be positive, said McCabe. Mercury was a risk to human health and could be safely replaced with a mechanical bearing that supported the original lenses. And LED lights used 30 watts compared with 1,000 for traditional lamps, slashing energy use and allowing batteries to replace diesel generators as back-up energy sources, he said.

The new LEDs would shorten the St John’s Point beam from 25 miles to 18 and give a blue-white tinge to the light, but there would still be a loom, said McCabe. “In reality it’s very little change. The light picking up moisture in the atmosphere, like searchlights in war movies – none of that will change.”

Gerald Butler, a retired lighthouse keeper whose father and grandfather also tended lighthouses, approves of the change. Lighthouses had always adopted new technology, changing from beacon fires to candles, sperm whale oil and paraffin, he said. “LED is no different. Out at sea you will see the light, which is what matters.”

Campaigners disagree. They insist LEDs will kill the loom and that the existing system works fine – safe, low maintenance, filling the night with a light like no other.

LEDs, in contrast, were ugly and less effective, said Hugh O’Donnell, who helped his lighthouse keeper father operate St John’s Point during the 1960s. “LED is too damn harsh and it doesn’t have the penetration range of the old light. Shorter range, different colour, harder to look at – it’s a mistake.”

Learning from fish and flags to inform new propulsion strategies: Connections between resonance and nonlinearity in swimming performance of a flexible heaving plate

Transport slump during lockdown reduced Australia’s carbon pollution by 7% in April, but experts warn of rebound