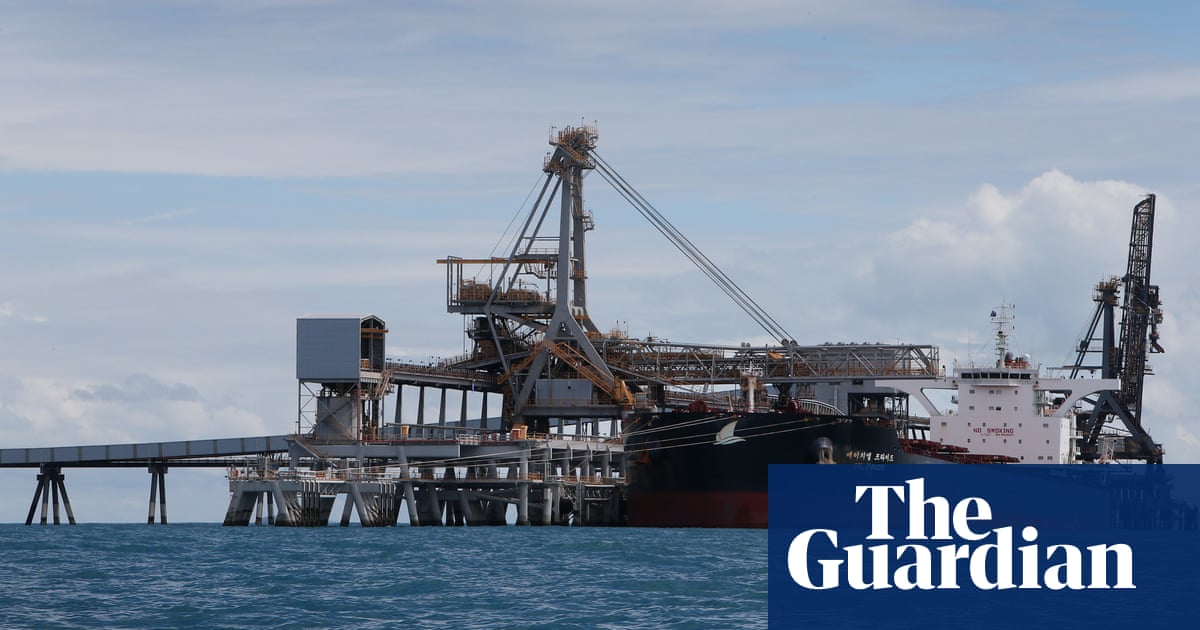 Last month, the ratings agency S&P Global downgraded its outlook on Adani’s Abbot Point terminal to “stable” after the company’s efforts to refinance debts were hindered by the coronavirus pandemic.

Adani Abbot Point has also drawn down on about $170m of shareholder loans to pay off debt – owed to Commbank and Westpac – that was due to mature in November.

Adani plans to export coal from its under-construction Carmichael mine from Abbot Point, which has total debts of about $1.5bn. Those debts include about $1.1bn due for repayment by December 2022, according to S&P Global.

As the company postpones its efforts to refinance the most immediate Abbot Point debts, environmental activists have now secured withdrawal commitments from two large Korean financiers.

The Hanwha conglomerate’s solar brand, Hanwha Q Cells, is the manufacturer of the most popular photovoltaic panels in Australia, the US, UK, Japan and Korea.

It is understood the withdrawal of Hanwha Securities was hastened after the anti-Adani group, Galilee Blockade, held a protest at the Sydney office of the Hanwha Q Cells last week.

“[Hanwha Securities] undertook its own review and eventually approved the investment for the terminal in the form of debt financing,” the company’s chief executive Kwon Hee-Baek said in the letter to Tipping Point.

“During such review and approval process, Hanwha Securities confirms it had no knowledge of the various environmental issues related to the Carmichael mine.

“In fact, Hanwha Securities was informed by the borrower, Adani, that the Terminal strictly adhered to applicable environmental laws and regulations in Australia as well as having a positive impact on the local community by contributing to job creation.

“Given what has transpired, Hanwha Securities will not be providing any further financing for the terminal or any of Adani’s coal projects, in line with its commitment to promote value creation through environmentally friendly means to create a brighter and healthier future for our planet.”

Jointly, Samsung Securities and Hanwha Securities purchased about $120m of debt in the Adani-owned Abbot Point coal terminal in 2019.

Adani said it had postponed refinancing debt maturities due this year and next year “due to prevailing market conditions”.

“In year 2017 and 2018, the company had successfully refinanced large tranche of debt issued for the terminal in 2013,” a spokesman said.

“The specific details of our funding arrangements for the terminal are commercial in confidence.

“Those who invest in and support export ports do so knowing the strategic and economic importance of these assets to the Australian economy.

“Ports like the Abbot Point terminal are gateways for exports and will play a vital role in Australis’s post-Covid-19 economic recovery.”

“All other Adani creditors and bond arrangers shouldn’t wait until the protesters have arrived in their foyer to join Hanwha and Samsung in committing to no further involvement with Abbot Point or any of Adani’s plans to expand dirty coal,” Brait said.

“Abbot Point coal port is an essential link in the chain that makes up the climate-destroying Carmichael coal project.”