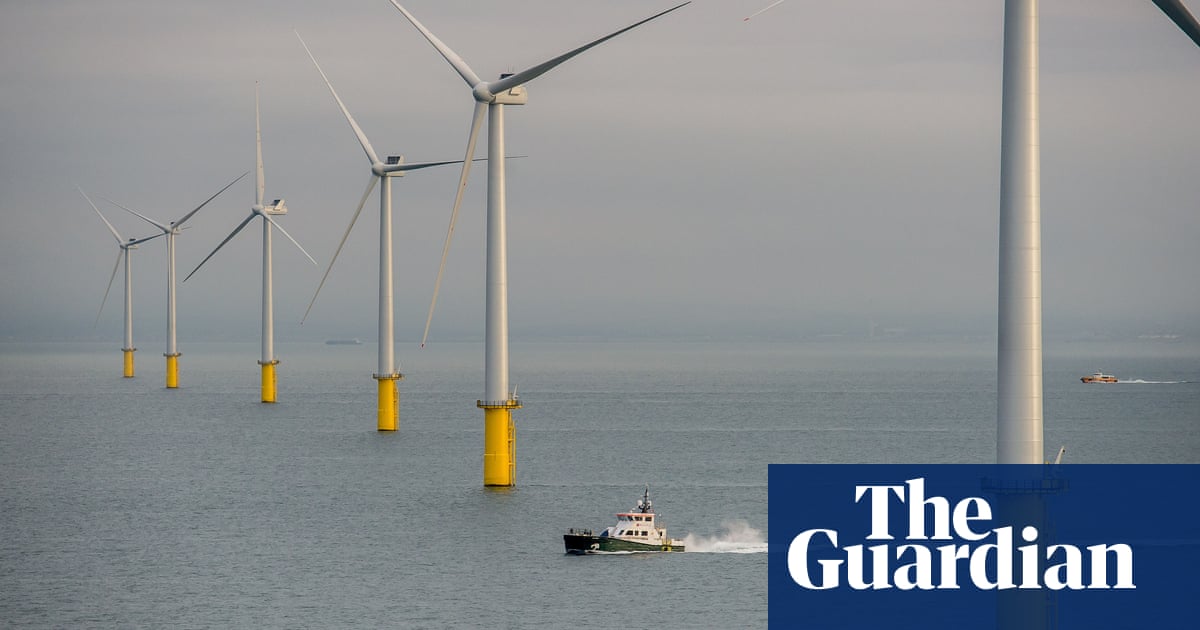 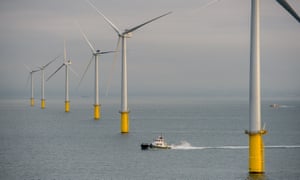 In previous auctions the government has capped the amount of renewable energy that can win a subsidy contract to encourage developers to lower their costs. Photograph: Darren Cool/E.On/PA

One of Britain’s biggest wind power developers has called on the government to scrap the limit on its next offshore wind subsidy auction to help power a green economic recovery, claiming it will not lead to a rise in energy bills.

Scottish Power has urged government officials to open up next year’s offshore wind subsidy auction to as many new projects as possible in order to deliver a “huge wave” of investment and jobs following the pandemic.

In previous auctions the government has capped the amount of renewable energy that can win a subsidy contract, which is paid for through energy bills, to encourage developers to lower their costs.

Keith Anderson, Scottish Power’s chief executive, said there was “minimal risk” to household energy bills because the cost of sea-based turbines is so low the projects may even help to make Britain’s energy cheaper.

“At this stage you are guaranteed fantastic value for money. And what do you gain? A huge wave of investment into the UK supply chain companies and a major boost to the economy,” he said.

The government is consulting on new ways to run the renewable energy subsidy auctions, which could include setting the starting level, or reserve price, in line with forecasts for energy market prices so that energy bill payers are not called on to top up subsidies.

This could mean more windfarms winning a contract, at no extra cost to bill payers.

“Why constrain investment when we could be making the most of what we’ve got to grow the renewables sector?” Anderson said. “We know that we need more renewables, let’s just get the hell on with it.”

In the last auction round, in September 2019, the winning bids from offshore windfarm developers tumbled by a third to about £40 per megawatt hour, which is less than the price of electricity in the wholesale energy market.

Energy market experts said the record low subsidy levels could mean that households will not face extra costs to support the projects when they begin generating electricity, and might even help to bring down energy bills.

A Europe-wide study of wind power subsidies from Imperial College confirmed last week that UK projects were likely to be the world’s first “negative-subsidy” offshore windfarms.

Dr Malte Jansen, the study’s lead researcher, said: “Energy subsidies used to push up energy bills but within a few years cheap renewable energy will see them brought down for the first time. This is an astonishing development.”

Imperial’s forecast for wholesale energy prices in the mid-2020s suggests that the strike price for new offshore windfarms is likely to be lower, meaning generators will effectively help to pay household energy bills.

Dr Iain Staffell, from Imperial’s centre for environmental policy, said the new windfarms would be “pivotal” in helping the UK reach its net zero carbon emissions targets “with the added bonus of reducing consumers’ energy bills”.

Revealed: how the gas industry is waging war against climate action