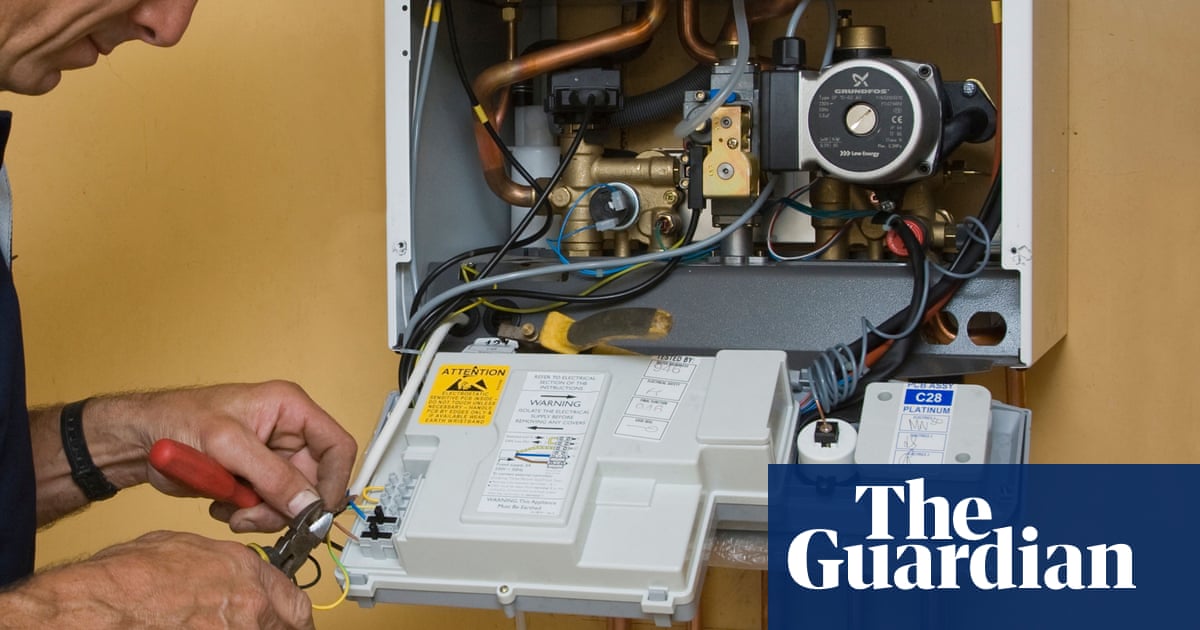 The installation of new gas boilers must be banned from 2025 or the UK’s net-zero climate target will be “doomed”, according to a high-level commission convened by the CBI.

The ban would apply to conventional gas boilers, but hybrid or hydrogen-ready boilers would be allowed under the business organisation’s recommendations, which were developed in collaboration with energy industry leaders.

The commission also said that by 2035, no boilers burning any fossil gas should be installed into homes, with technologies including heat pumps and district heating being used instead.

Grants or loans should be given to help people and businesses make the switch, it said, which when combined with energy efficiency measures, would lower household energy bills.

Heating is the largest single source of carbon emissions in the UK, making up more than one-third of the total. Decarbonising heat is the biggest energy challenge in tackling the climate emergency, particularly because it requires action in millions of individual homes. Currently, just 1m of the UK’s 27m homes have low-carbon heat.

The government’s current policy is to ban gas boilers only from 2025 in newly built homes. But the group said taking action to transform the UK’s heating would create 150,000 jobs and help the nation recover from the economic damage caused by the coronavirus pandemic.

Karan Bilimoria, the CBI president and chair of the heat commission, said “A green recovery and progress towards the UK’s net zero emission target are doomed to fail if we don’t address the urgent need to decarbonise the heat in our homes and buildings.

“Aside from the moral imperative, there’s also a strong economic case for protecting our planet. [It] would provide a huge jobs boost at a time when [they] are needed more than ever.”

Prof Martin Freer at the University of Birmingham and part of the commission said: “Delivering decarbonisation of heating is the biggest energy challenge we face in getting to net zero. Unlike electricity, which can be changed at a systems level, it requires over 20m households to adopt new energy efficiency measures and new ways of generating heat.”

The Committee on Climate Change says cutting greenhouse gas emissions to zero by 2050 is necessary, affordable and desirable. Here are some of the actions needed to make that happen:

• Quadrupling clean electricity production from wind, solar and perhaps nuclear, plus batteries to store it and connections to Europe to share the load.

• Connection of new homes to the gas grid ending in 2025, with boilers using clean hydrogen or replaced by electric powered heat pumps. Plus, all homes and appliances being highly efficient.

• Beef, lamb and dairy consumption falling by 20%, though this is far lower than other studies recommend and a bigger shift to plant-based diets would make meeting the zero target easier.

• A fifth of all farmland – 15% of the UK – being converted to tree planting and growing biofuel crops and restoration of peat bogs. This is vital to take CO2 out of the air to balance unavoidable emissions from cattle and planes.

• Flying would not be banned, but the number of flights will depend on how much airlines can cut emissions with electric planes or biofuels.

The commission report says: “This transition will undoubtedly be disruptive to consumers and businesses.”

The new types of heating systems will be more expensive until providers scale-up their production. Lord Bilimoria said: “We do recognise the upfront costs and we don’t think these should be borne by the consumer alone.”

The commission said the government had a “pivotal role” to play, which required “political courage and vision” and the creation of a national delivery body for heat, modelled on the organisation that delivered the 2012 Olympics.

“[Heat] is going to move to centre stage in the years to come,” said Chris Stark, the chief executive of the Committee on Climate Change, the government’s official advisers. “So we really welcome this CBI report, which gives us a sense of what a net zero compatible package of measures might look like.”

He said the CCC would publish new advice for government this year, including the critical steps needed to decarbonise UK homes.

The commission report says oil-fired boilers are particularly polluting and should be banned from 2023. The alternative to conventional boilers include heat pumps, which draw heat from the ground or air and, as a stopgap to 2035, hybrid systems that combine gas and heat pumps.

Installation of heat pumps in homes by Wealden district council led to an average saving of £500 a year for tenants, the commission found. Hydrogen boilers produce only water when burning the fuel, which could be created by renewable energy in the future.

The commission said a vital step in installing the new systems was to reduce heating needs by increasing building energy efficiency. Part of the funding needed for this could come from reforming the £2bn-a-year winter fuel payment currently paid to over-65s to target the money at those most in need.

The UK will host a critical UN climate meeting in 2021, and Bilimoria said the country could show its leadership on the world stage by implementing the heat commission’s recommendations.

Water is key in catalytic conversion of methane to methanol

Ikea starts selling its products online to customers in Gujarat

Weatherwatch: floating wind farms – the power source of the future