From Covid-19 to climate: what’s next after the global oil and gas industry crash? 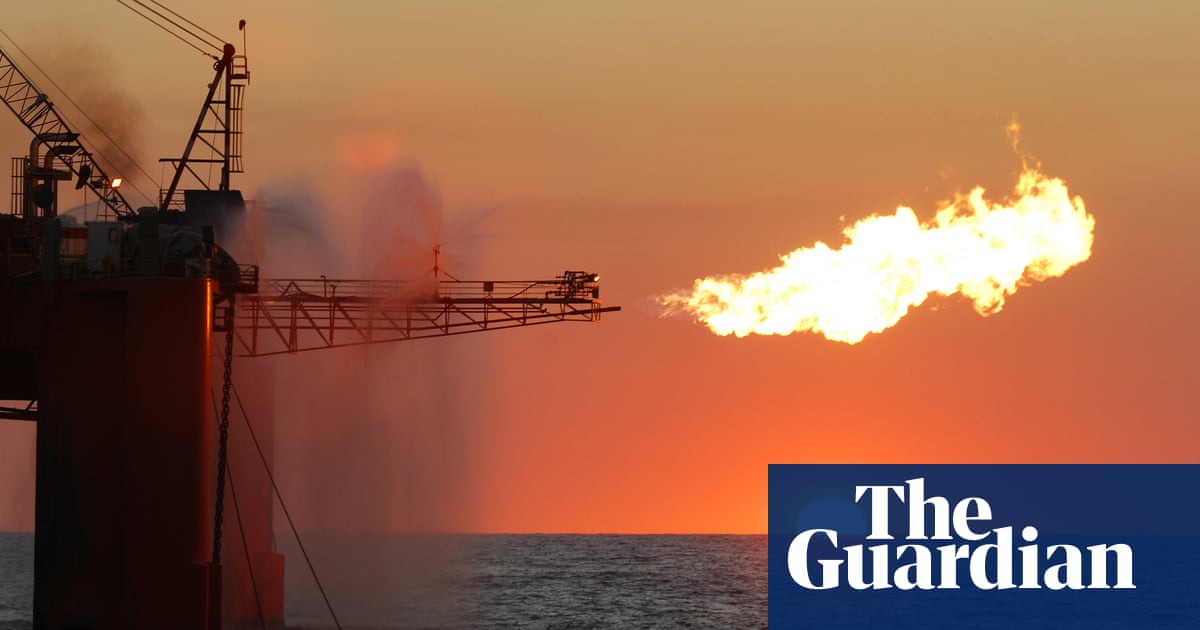 The global oil and gas industry has crashed. In mid-June, BP – formerly British Petroleum – slashed the value of its assets by US$17.5bn and revealed plans to cut its workforce by 15%. It forecast the price of oil would be a third lower than expected for decades to come and said it may be forced to leave new fossil fuel discoveries in the ground.

It was later joined by Royal Dutch Shell, which announced its own US$22bn writedown, with its vast gas business – including major liquefied natural gas (LNG) developments in Australia – expected to take the heaviest toll.

Wood Mackenzie, a global energy research and consultancy group, says the fall in value is industry-wide, estimating US$1.6tn has been wiped from the sector this year, with more to come.

While oil and gas are not alone in struggling in the face of biggest economic slump in nearly a century, WoodMac says its carnage cannot solely be blamed on Covid-19. The economic reality of the climate crisis is also starting to bite.

“Just a few years ago, few within the oil and gas industry would even countenance ideas of climate risk, peak demand, stranded assets, liquidation business models and so on. Today, companies are building strategies around these ideas.”

If that reflects the global picture, the story among Australia’s oil and gas businesses – which until recently have been enjoying booming growth selling LNG to Asia, and driving most of the increase in national greenhouse gas emissions – is less clear.

The idea of stranded assets due to climate change is not new. It suggests carbon-intensive projects potentially worth trillions risk becoming next-to worthless – stranded – if investors abandon them in favour of emissions-free technology, as required to meet the goals of the Paris climate agreement.

In Australia, the risk is recognised by the country’s major financial institutions and regulators, and has increasingly become a focus of shareholders. Earlier this year they gave resolutions calling for climate action and transparency at oil and gas companies Woodside Energy and Santos more than 50% and more than 40% support, respectively. Activist shareholders are not persuaded by suggestions support for gas is justified as it emits less than coal when burned, and point to studies suggesting it may release more emissions than previously thought.

On coal, where the concept of climate risk is increasingly accepted, Australia’s second-largest superannuation fund, First State Super, last week announced it would divest from any company that earns more than 10% of revenue from thermal coal mining. It followed an earlier, similar statement by Hesta, and three of Australia’s four major banks promising to soon stop supporting thermal coal.

But the possibility of major assets being stranded is only occasionally acknowledged across politics, media and the industry. The federal resources minister, Keith Pitt, responded to First State Super’s announcement by saying it was “mystifying” that a fund would deny its members a “solid and attractive investment opportunity” in coal based on “misguided ideology”.

Australian oil and gas companies have been hurt by the shutdown, with decisions on more than $80bn of new LNG projects put on hold and Oil Search this month laying off a third of its workforce. But the local industry’s public position on what the future holds differs from its competitors in Europe.

In response to questions about Shell and BP’s writedowns, the Australian Petroleum Production and Exploration Association (Appea), representing oil and gas producers, did not mention climate risk.

Andrew McConville, Appea’s chief executive, said Covid-19 and the ongoing low oil price were having a “double-whammy effect” and that it would remain an “incredibly challenging time” for the sector even after the broader economy began to recover. But he said the industry was accustomed to cyclical commodity prices and would be “here for the long term”.

“Energy demand, and oil demand with it, will recover as travel restrictions are eased and economic activity resumes over time,” McConville said. “The right regulatory and fiscal policy settings will help ensure that Australia remains a competitive destination for oil and gas investments into the future.”

The Morrison government agrees, having backed the idea of a “gas-fired recovery” from coronavirus after a drop in domestic gas prices. Its National Covid-19 Coordination Commission, led by the former Fortescue Metals executive Nev Power, has focused on gas-related recommendations.

Neither the government nor the commission has explained how lower gas prices would encourage increased private investment unless it is backed by substantial public support. Even if that were in the offing, analysts believe maintaining low prices would be a pipe dream given production costs in new Australian gas fields are recognised to be high.

This, in part, is what is driving the push to install gas import terminals along the Australian east coast. While it may seem ridiculous to starting buying fossil fuels from overseas while the country mines huge amounts for export, experts believe it may be the cheapest gas option – if the Morrison government and industry are determined to back new gas infrastructure rather than accelerate a switch to cheaper renewable energy.

Analysts and investor representatives say it is still unclear how much weight climate risk will be given in oil and gas investment decisions in Australia in the short-to-medium term.

Zoe Whitton, the head of ESG research with the financial services multinational Citi, says Australia’s outlook is arguably different to some other oil and gas producers as it mostly extracts gas, not oil. It also mostly sells to north Asian countries, where investment patterns are less clear and have been interpreted as backing both fossil fuels and renewable energy.

It means that compared to Europe, views on gas still range from it being seen as a legitimate transition fuel to any support for it being clearly at odds with where the rest of the world is pulling. Whitton says investors are increasingly, but not uniformly, in the latter camp.

Gas may be a transition fuel for some regions, but not at any price and not forever

“The local [companies] face the same pressure that the internationals do,” she says. “There is a process of negotiation going on between companies and investors, but I don’t expect the locals will respond to the global signal in a uniform way or a rapid way.”

Whitton believes the future of the local gas industry may be clearer once world-leading models published recently by more than 60 central banks, under the banner of the Network for Greening the Financial System, give a local, rather than just a global, picture. The Australian Prudential Regulation Authority has begun the job of producing that data.

It could, for example, give investors a better picture of whether Santos’s controversial $3.6bn Narrabri coal-seam gas proposal has a viable future.

“The truth is gas may be a transition fuel for some regions, but not at any price and not forever,” Whitton says. “So the question is at what price, and for how long?”

Emma Herd, the chief executive of the Investor Group on Climate Change, representing institutional investors with funds worth about $2tn, says there is clear evidence an industry-wide structural change is under way. “Covid is to some extent attaching a rocket to a trend we were seeing anyway,” she says.

She says Australia is part of that trend, but agrees with Whitton that it is a slightly different conversation than in some parts of the world. “Australia is saying its gas will continue to be competitive and its markets will hold up as others go down. The big question is: is that true?”

The obvious question is if Shell and BP can do it, why can’t Australian companies?

Herd says if there is any analysis to support the idea that the local gas industry will thrive while others crash it has not been publicly released.

The lack of information is driving calls for fossil fuel companies to release data on their “scope 3 emissions” – in basic terms, the carbon pollution that results from the fossil fuels a company sells. Herd says including information on scope 3 emissions in financial reporting is vital for investors to understand financial risk in a world that has pledged to cut emissions, and driving the push at recent annual general meetings for greater disclosure.

“The obvious question is if Shell and BP can do it, why can’t Australian companies to the same extent?” she says.

“What we need to see for our gas companies is reporting at the asset [project] level, not just at the company level. We need the data to assess risk. That could change the viability of some of their projects.”

Australia’s oil and gas companies did not engage on the question of climate risk. Santos declined to comment while spokespeople for Woodside and Origin Energy said the companies periodically reviewed their portfolio of assets. Origin said several factors contributed to the valuation “including commodity prices, interest rates, exchange rates and costs”.

“A lot of investors are saying ‘look, if I have 10 futures and if in five of those futures gas is an answer and in five it is not, but renewable energy is an answer in all 10, then you can see where the greater risk lies,” she says.