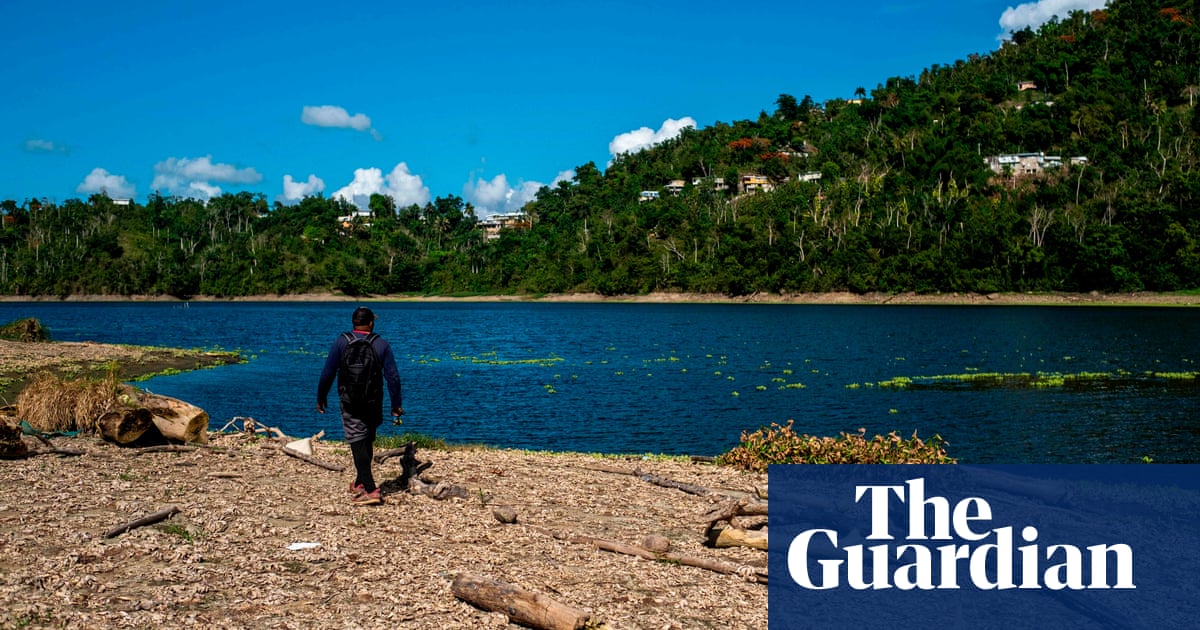 This week, the Upside considers the far-reaching implications of a less populated world 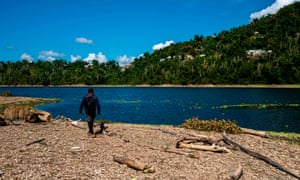 The unusually low Carraizo reservoir in Puerto Rico. There is a popular view that water shortages and other challenges will persist unless the global population reduces. Photograph: Ricardo Arduengo/AFP/Getty Images

One of the most frequent subjects that exercises readers of the Upside is global population.

There is a persistent view that many of the problems that we address in this series are merely symptoms of a bigger issue, the elephant in the room. Or at least, the 7.7 billion creatures in the room who aren’t actually elephants at all but are human beings.

The argument runs like this: we are unlikely to tackle the climate crisis, water shortages, animal extinctions or any of the great environmental challenges of our time unless we do something about the runaway global population. Indeed, some have argued Covid-19 came about because of the unrestrained global spread of another lethal organism: mankind.

Some of this is simplistic. The Earth could sustain many more humans if so many of them didn’t fly first class, drive SUVs and eat steak every night. The average person in sub-Saharan Africa consumes a tiny fraction of his or her western counterpart.

Yet there is still something quite terrifying about UN projections of up to 11bn souls living cheek by jowl on the planet in 2100. And so it was a relief to read Fiona Harvey’s report this week on new projections that suggest the world may not be nearly as populous in 80 years as once feared.

Of course, a contracting global population will bring about problems of its own. We’d love to hear your views on this: is a falling population a good thing in and of itself? Which issues will need urgent attention if, as predicted, populations halve in countries such as Japan, Spain and Italy?

Do get in touch in the usual way. Here are some previous Upside population pieces, as food for thought.

• How Botswana got its birth rate down. Three-minute read

• How many people can the Earth sustain? Five-minute briefing

• The problem with ‘GDP’ and the alternatives to it. Four-minute read

• The soap opera aiming to get to grips with runaway population growth. One-minute read

This subject is sure to feature meanwhile in our next Upside live event with the model and activist Lily Cole two weeks today (Friday 31st). Tickets are inexpensive and can be acquired here. Really hope to see some of you there.

Membership Event: The Upside: In conversation with Lily Cole

Right, before I forget, other Upside pieces this week included:

• The super-rich calling for a tax hike – on themselves. Two-minute read

• Noise gate: the technology that promises to silence the thrum of traffic. Two-minute read

• You’ve heard of the green recovery … so what’s the ‘blue recovery’? One-minute read

Remarkably in such a year, there has not been enough death in Norway (the Local reports). It seems physical distancing measures not only put paid to Covid-19, but other transmissible diseases, resulting in 6% fewer deaths in May and 13% fewer in June.

In the UK, a different trend: people are quitting smoking in record numbers. According to the BBC, more than 1 million have quit since March.

And as for the dreaded lurgy, New York City reported zero deaths from Covid-19 on Wednesday, for the first time since mid-March.

Not so much whiskey in the jar as in a plastic-free paper bottle, according to this piece from the Optimist. The website also looked into Unilever’s plan for carbon labels on products.

Meanwhile, the Los Angeles Times reported from a town that has apparently been able to do much better policing with far fewer police.

Positive News had a sweet item on the rise of citizen science during the lockdown, and all the discoveries that were made as a result.

And finally a cute website that lets you open windows and enjoy vistas all around the world.

Back on the subject of global population, Arnold Schoonwinkel wrote in from South Africa with a response to our recent piece on deforestation in Uganda.

Uganda’s deforestation is directly linked to its exploding population. While the improved wood burning stove might slow this down, as you imply, continued population growth is likely to neutralise any benefit.
Perhaps there is good news from Uganda on successes to introduce family planning? If so, please cover this.

Maya Smeulders, meanwhile, was moved to write by Graham Snowdon’s recent article on the rise in microloans to the developing world.

My Rotary Club in Abingdon has been running an small agricultural microcredit project in Uganda since 2007. We combine interest-free loans to farmer groups with training in organic agriculture and bookkeeping. By letting the farmer groups administer the individual loans to their members we keep the costs right down. They know their members better than we do and they all have an interest in the loans being paid back as the group is collectively responsible for returning the loan principal to us three years later.

We have a team of local farmers whom we have trained in organic agriculture and who guide the groups in return. The beauty of the scheme is that the group will have its own loan pool by the end of the loan period, so that they do not need us any longer.

And Mary Howell wrote in from Gwynedd in Wales asking for news of those helping the dispossessed.

Great and heartening article on ways to tackle sea pollution and seeing life in new ways. Is there anyone, apart from charities, working to mitigate the evil of hostile environment, itself a huge contributor to pollution?
Anyone out there housing the homeless in ecologically sound ways? Feeding the hungry in sustainable ways?
Round our way there are many small scale hydro electric schemes adding to the grid, I don’t know if that counts.

Where was the Upside?

That’s all folks. Make our weekend by writing to us with your views on the great population debate. Or, if you can’t be bothered, don’t!