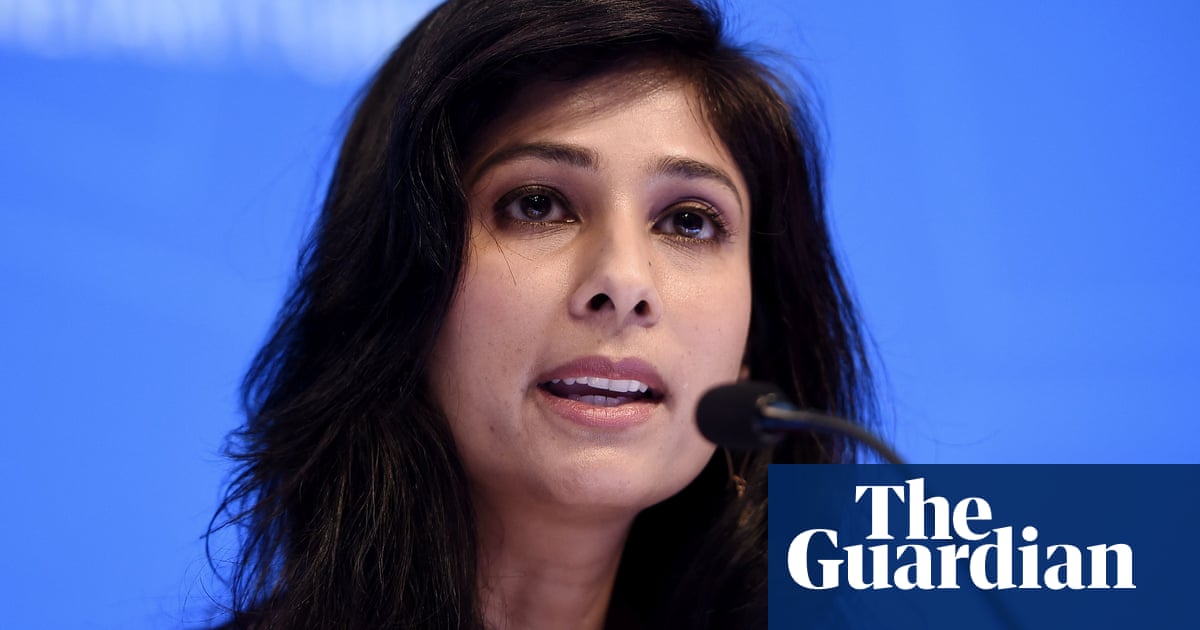 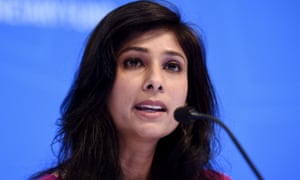 Gita Gopinath, the IMF’s economic counsellor, said the government had an opportunity to ‘do public investment that also addresses the need for a greener planet’. Photograph: Olivier Douliery/AFP via Getty Images

The British government should prioritise spending on green projects to create jobs and kickstart the economic recovery from the coronavirus crisis, the International Monetary Fund’s chief economist has said.

Gita Gopinath, the IMF’s economic counsellor, said that mounting unemployment triggered by the Covid-19 crisis would require swift action to prevent lasting damage, and that spending on low-carbon projects could be used in response.

Speaking to MPs on the commons Treasury committee, she said countries such as the UK had an opportunity to “do public investment that also addresses the need for a greener planet, and at the same time as a jobs-rich recovery”.

Boris Johnson outlined plans this week to bring forward investment in projects worth £5bn – including roads, bridges, hospitals and schools to reboot Britain’s economy. However, the prime minister was criticised for not spending more or making enough of a priority of green projects.

Gopinath said countries had no option but to tackle global heating and that responding to Covid-19 presented them with an opportunity to do so.

Gopinath was speaking alongside Laurence Boone, the chief economist of the Organisation for Economic Cooperation and Development, and both economists from the influential international organisations said Britain needed to tackle rising unemployment by ramping up support for people losing their jobs.

Investing in a green economic recovery could create as many as 1.6m new jobs in Britain as the Covid-19 crisis subsides, according to a report published on Thursday by the Institute for Public Policy Research.

Calling on the chancellor, Rishi Sunak, to use his summer economic update next week to prioritise the creation of new low-carbon jobs, it said three quarters of adults in a survey believed the government should spend more on fighting global heating.

The IPPR warned that without government intervention, unemployment could rise by more than 2.1 million to almost 10% of the workforce.

Luke Murphy, IPPR associate director, said: “Our report finds that clean recovery investments are good for jobs and good for the environment – and what’s more, the public agree.”

The lightest shielding material in the world: Protection against electromagnetic interference