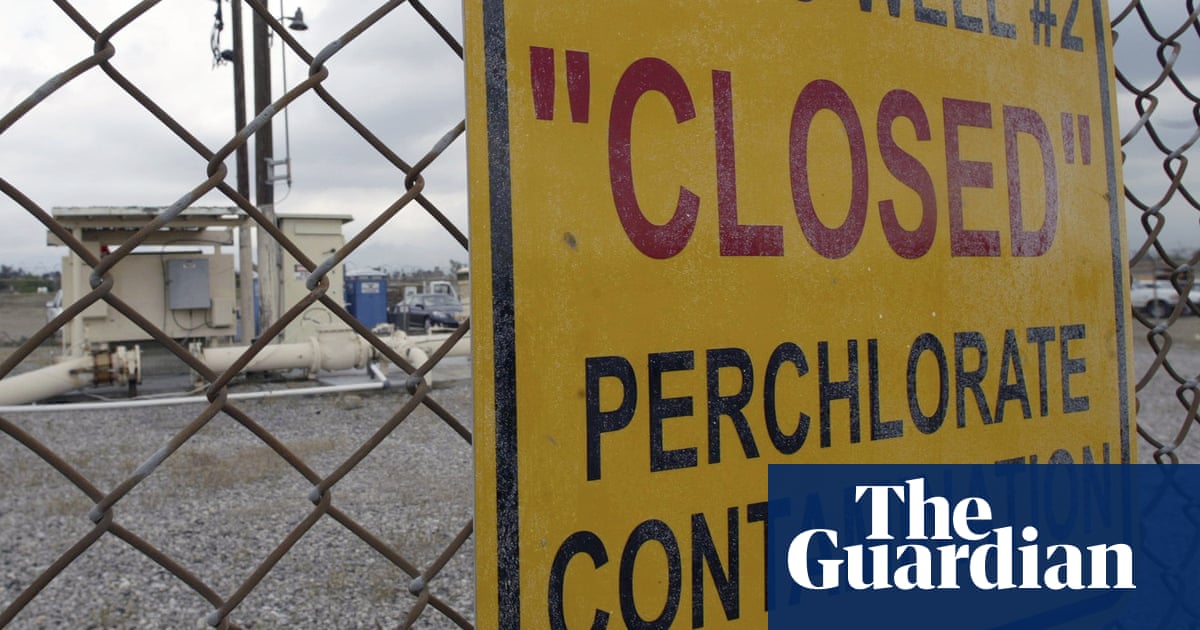 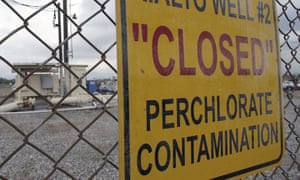 A sign posted outside a water well indicates perchlorate contamination at the site in Rialto, California. Photograph: Ric Francis/AP

US environmental regulators have decided they will not put restrictions on perchlorate – a rocket fuel ingredient known to harm fetal brain development – in drinking water.

Perchlorate is found in rocket fuel, explosives, fireworks and other products. It can also be naturally occurring.

The chemical disrupts the thyroid function and can harm the developing brains of fetuses and young children. The chemical has been found in the water, soil or sediment of 45 states, according to a 2010 Government Accountability Office study.

Andrew Wheeler, the EPA administrator, said the decision is “built on science”, and “fulfills President Trump’s promise to pare back burdensome ‘one-size-fits-all’ overregulation for the American people”.

Health and environment experts quickly decried the move and promised to sue.

Betsy Southerland, the former director of the EPA’s water office, called the decision “shameful”, and “unconscionable”. She said the EPA in a proposed standard “cooked the books” in evaluating how much perchlorate in drinking water is harmful, using “uncalibrated models and an insensitive health endpoint”.

The EPA then determined that almost none of the drinking water in the US had high enough levels of perchlorate to be regulated, she said.

Massachusetts and California have set their own standards far lower, at 2ppb and 6ppb.

Trump’s EPA was forced by a lawsuit to make a decision on perchlorate, following the Obama administration’s finding in 2011 that a standard was needed.

Seeding oceans with iron may not impact climate change