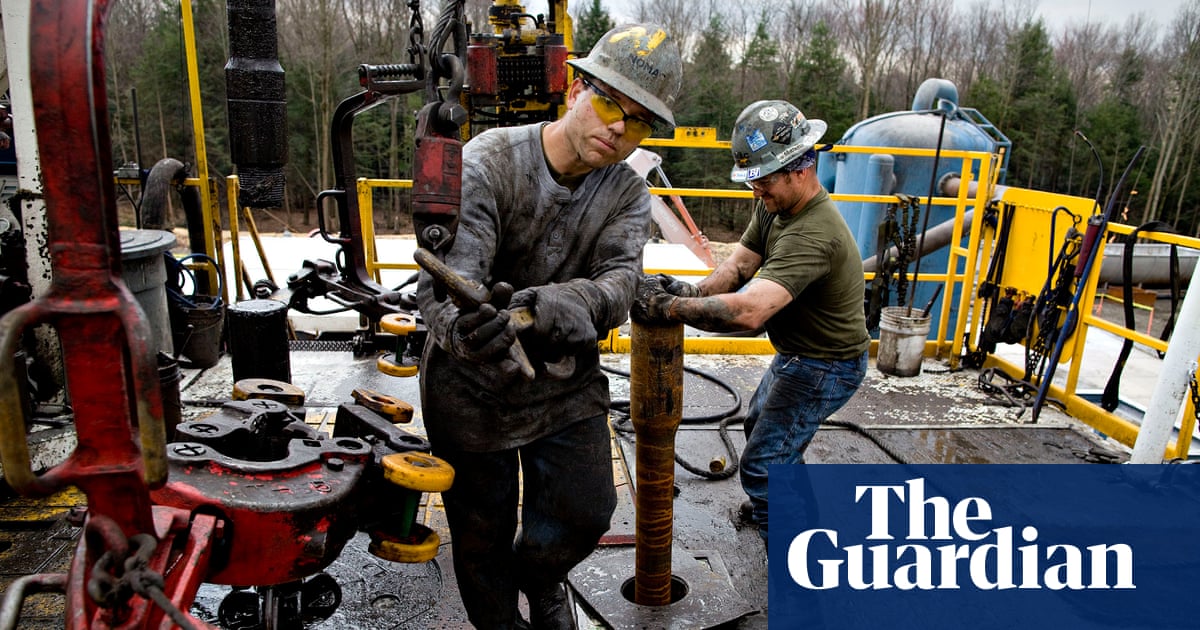 The collapse of Chesapeake Energy, one of the pioneers of the US shale industry, took few people by surprise. The embattled fracker slumped into bankruptcy weeks after the darkest month in oil market history, in a financial mess of missed interest payments, looming bond deadlines and crippling debts.

Its collapse is not the first bankruptcy to hit the oil industry in the wake of the coronavirus crisis, nor will it be the last. But the fall of a company once considered one of the shale revolution’s brightest stars may mark a crucial watershed for an industry in flux.

The upstart oil driller was founded in the late 1980s by Aubrey McClendon and Tom Ward with a modest $50,000 investment. By the 2000s it had emerged as one of the fastest-growing companies within the US shale revolution.

Chesapeake was the indisputable master of US shale gas, according to Per Magnus Nysveen, the head of analysis at Rystad Energy. It would also emerge as one of the industry’s most high-profile casualties.

The Oklahoma-based company told investors this week that it had entered chapter 11 bankruptcy saddled with $9bn worth of debt. Its demise came just weeks after its top executives were handed bonuses totalling $25m as “incentive pay”.

“The massive financial burden of investing first in the shale gas boom, then its failed attempt to grow a similar strong position on oil plays, have brought the giant to its knees,” Nysveen said.

At the height of its success, Chesapeake commanded a market valuation of $37bn, quickly becoming one of the largest US gas producers, second only to ExxonMobil. It also made McClendon, by now the company’s charismatic chief executive, the highest-paid US boss, who took home $100m in 2008.

The heyday didn’t last. Within five years, McClendon was forced to resign over allegations of conspiring to rig bidding for oil and gas contracts, while investor concerns over his heavy spending and rising debts continued to grow.

The billionaire shale pioneer branded the charges “wrong and unprecedented” and vowed to “prove my innocence and clear my name.” He died in a car crash hours after charges were lodged by the US justice department in 2016.

Following the collapse of global oil prices between 2014 and 2016, Chesapeake’s market value steadily declined as its hefty investments in shale acreage failed to make a profitable transition to a low-oil-price environment.

The outbreak of the coronavirus proved a bitter final blow. A sweep of lockdown measures across the world’s major economies caused the fastest slump in oil demand in history, leaving the world awash with unwanted crude and causing oil markets in the US to turn negative for the first time.

“Chesapeake had a challenging financial situation for many years and some processes were accelerated by the Covid-19 pandemic,” according to Artem Abramov, the head of shale at Rystad. “It would be fair to say that the company’s chapter 11 was anticipated.”

The International Energy Agency (IEA) warned that investment in US shale projects is likely to halve this year, at a time when many companies were already facing demands to shore up their business models and improve cashflow even before the collapse in global energy markets.

The cutbacks and financial stress will be especially stark among some independent US shale producers, according to the global energy watchdog.

The pain of crushingly low oil market prices and wary investors is already writ large across the US shale heartlands.

Since the middle of March, the number of active oil rigs in the US has fallen by almost three-quarters, according to the Baker Hughes US oil rig count, a bellwether for the health of the sector. The weekly rig count fell to 188 last week, its lowest level in 11 years.

“The shale industry as a whole was struggling to generate significant free cashflow at prices above $50 a barrel [for US oil],” the IEA said. “So it is no surprise that at oil prices of $30 a barrel or less, the outlook for many highly leveraged shale companies looks bleak.”

US oil prices have climbed to $38 a barrel – recovering from a point in April when the price went negative – but the market collapse could still deliver a brutal reckoning to other weak players in the US shale industry.

But the collapse of an industry’s weakest players is not necessarily an ill omen for the US shale sector as a whole, according to Abramov. In contrast to the early days of the US shale industry, the majority of the US’s largest shale reserves are now controlled by larger independents and supermajors, including ExxonMobil, with balance sheets strong enough to adapt gradually, even if US oil prices remain between $35 and $40 a barrel.

Experts believe the US shale companies that will be left standing in the wake of the Covid-19 crisis will be a new breed: disciplined, efficient and focused on profit rather than growth at any cost.

In short, the shale industry has come of age. In the place of rugged industry pioneers and easy money will stand finely balanced capital programmes watched over by once-bitten investors. The collapse of Chesapeake may mark the end of an era, but a new age of shale may already be on the horizon.