With Every Stroke, Gaining Confidence In and Out of the Water 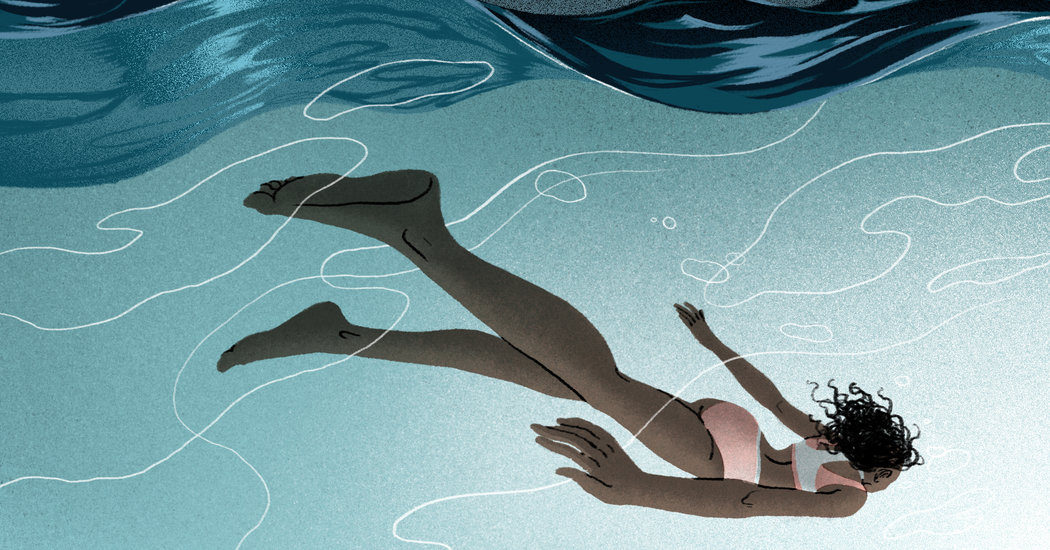 As a Black woman with anxiety, swimming was more than technique. It opened new worlds to me and helped my stress fall to the side.

Summer has always been my favorite season. Some of my best memories involve warm weather, long nights and special moments with friends.

But when I was in college in my early 20s, it was also the season that made me conscious of how different I was from my friends. We would drive up from our Connecticut campus to our girlfriend’s beautiful home a couple of hours away to indulge in her swimming pool. I remember watching the others jump into the water fearlessly, soaking in the sun, and being carefree. I would be sitting on the side, nervously kicking my feet in the water, watching them from afar.

I was not the only person of color in the group, but I was the only dark-skinned Black woman with tightly coiled hair in a sea of people with racially ambiguous and white-passing features, the type society deemed perfect. Their laughs were sprinkled with remarks about how I could never get in the pool as they could, how there was always an issue with my hair getting wet, and why Black girls didn’t like swimming. The water was a reflection of our differences. 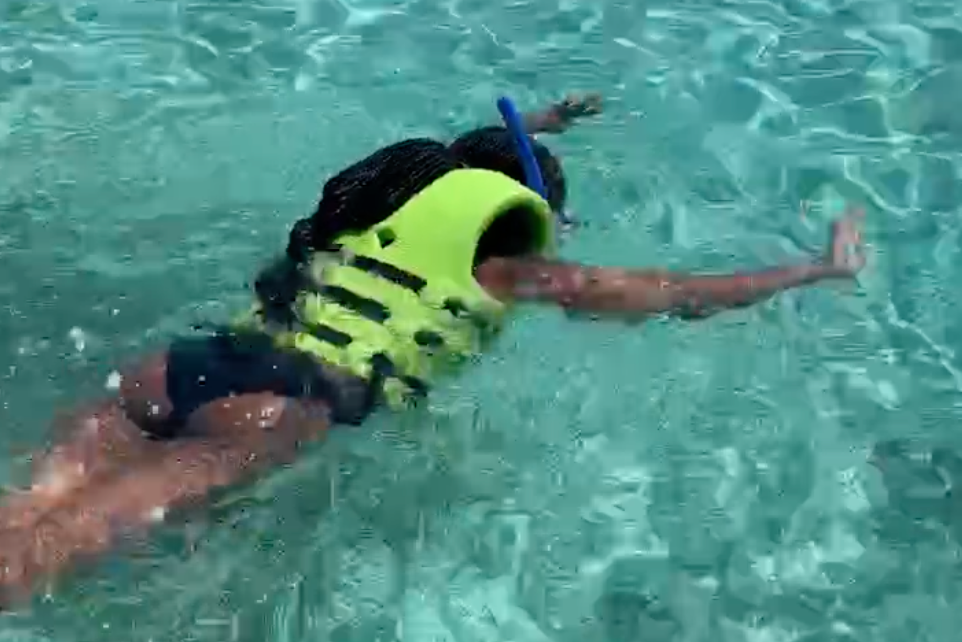 The author, Dana Givens, at the Atlantis resort in the Bahamas.

For me as a Black woman, swimming was more than technique or learning how to become comfortable in the water. It was an activity wrapped in systemic racial tension and steeped in classism. Having access to a swimming pool has long been considered a privilege for the middle class and higher.

After World War II, public swimming pools became more popular in the United States. However, they were also racially segregated, and even after integration, this had lasting effects on African-Americans. According to research by the U.S.A. Swimming Foundation, 64 percent of African-American children have little to no swimming ability, but 65 percent would like to swim more than they do. I was one of those children.

From the ’90s through the early 2000s, I grew up in a neighborhood of Harlem where access to pools was limited. Even when I did have a chance to swim, I would then have to wrestle with another problem. I became overly sensitive about how people viewed me as a Black woman whenever I was around water, obsessing about my hair, or how weak my swimming abilities were. I can remember trying for years, and it was that self-doubt that led me to quit every single time I tried to take a lesson, always hypercritical of every mistake I made. I felt defeated.

It wasn’t until 2017 that I retook swim lessons as an adult, but this time it was with new goals: to help me cope internally. I was in the midst of crippling depression and often had anxiety attacks because of stress. I took free lessons from the New York City Recreation Center by my house. Outside of therapy sessions, I thought that if I could invest my time in physical activity, it would strengthen me mentally. I was tired of always being the girl who sits in the corner, wishing I could be free in the water. I learned how to manage my natural curls and keep them from getting damaged in the water after giving up on the perms and straightening products that I had used in college. I wanted to experience the same joy I saw on the faces of those playing in the water with no fear.

As my lessons progressed and my confidence grew, something was also changing inside of me. The anxiety that had plagued me began to subside.

As I kept practicing and perfecting my strokes, I would feel a sense of calm come over me in the water. There were days when it seemed as if my depression had dissipated into thin smoke whenever I practiced swimming. It was helping rebuild my confidence both in and out of the water.

As I start a new summer season, the water that used to impose so much fear and doubt in my mind has become a way I can free myself from stress. I’m no longer the scared girl at the corner of the pool. I’m one of the many smiling faces that can indulge in the activity with my friends. I no longer saw my differences but my worth and happiness. I’m still not the most excellent swimmer, but each time I practice, I feel my anxiety fall to the side, and I feel released from the stress that engulfs my body in my depressive state.

Learning to swim opened new worlds to me in these past few years. On island vacations, I can now be in the ocean and discover the wonders of marine life, swimming along with a dolphin pod and a colorful array of fish. Swimming while Black, anchored by the history of segregation, has its challenges. But swimming with anxiety has helped me find solace on some of my darkest days.

Dana Givens is an associate digital editor at Black Enterprise, a freelance journalist and host of the podcast “Love and Passports.”