A Life on and Off the Navajo Nation 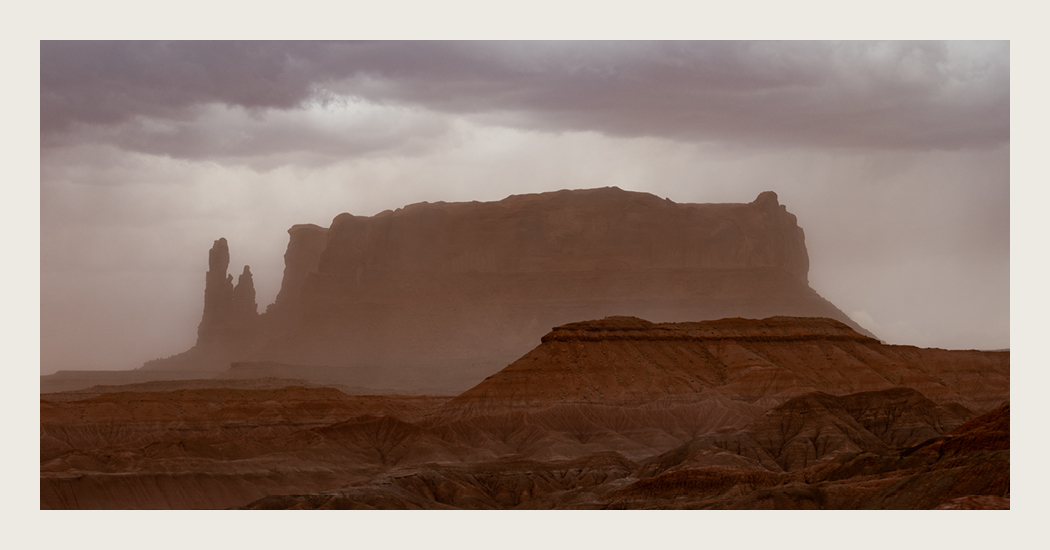 The reservation has one of the country’s highest rates of infection.

Ms. Johns is a founder of Native Renewables, a nonprofit that provides solar energy to tribal communities.

I was born in the Navajo Nation and raised half on and half off the reservation. Shuttling between my grandmother’s ranch in Black Mesa, Ariz., and the small border town of Winslow, I took note from an early age of the vast inequities between those two places.

In Black Mesa, where the clay soil is blanketed with sagebrush and juniper, there’s no electricity, running water or paved roads. A typical day began as early as 4 in the morning; we made a corn pollen offering to the holy people, drank some loose-leaf Lipton tea and let the sheep out to graze.

In Winslow, I lived on the north side of the I-40 freeway and appreciated the convenience of having running water, electricity and a school within walking distance. Winslow is a small railroad town where Navajo families do their weekly shopping and laundry, and there is a dormitory for Native American high school students.

Winslow, Ariz., where Navajo families do their weekly shopping and laundry.Credit…Adriana Zehbrauskas for The New York Times

Today the Navajo Nation is one of the worst hot spots in the country for Covid-19.

Hundreds of miles of roads are unpaved, so it can take up to three hours to get a sick person to help. It’s difficult to self-isolate because families live in one-room homes called hogans. Up to 40 percent of Navajo households don’t have running water, making it hard to wash hands. Cellphone service and Wi-Fi are limited, so it’s difficult to keep in touch and to get information about the epidemic.

A laundromat in Winslow, open with restrictions because of the coronavirus.Credit…Adriana Zehbrauskas for The New York Times

It took six weeks after Congress allocated $8 billion for coronavirus relief for the Navajo Nation, along with 573 other recognized Native American tribes, to see any of the money. And so far, 102 people have died.

For Native Americans, the “American dream” has been a nightmare. I always cringe when I see those “Established in” signs at the entrances to towns and cities. They erase the history of Indigenous people who managed those lands for thousands of years, before it was stolen, their treaties broken, their families killed. Today you see the results of this trauma throughout Indigenous territories.

The Navajo Nation lies among the four sacred mountains between Colorado, New Mexico and Arizona. We call ourselves Diné, “the people,” in Navajo, and we pray to the mountains for protection and healing. When a Diné baby is born, we bury her umbilical cord near her home so that she will always remember where she is from. We have a symbiotic relationship with the hills, mountains, water, plants and animals; they all have names, songs and prayers.

My grandmother is the matriarch of our family. She is from the Salt clan. The Diné have clans that help us identify ourselves and our relations to others, a kinship system that we call Ké. It was through Ké and our ceremonies that my people survived the attempted genocide of the 350-mile “Long Walk” from Arizona to the concentration camp at Fort Sumner, N.M., where 8,000 of our people were held from 1864 to 1868 by the U.S. Army.

That year our leaders signed a treaty with the federal government that allowed us to return to our homelands under the condition that we give up any weapons, send our children to school and convert to Christianity. Basically, agree to assimilate.

My grandmother was the only one of her eight brothers and sisters who wasn’t sent to a government-run boarding school. Her parents sent her into the mountains with the sheep for days at a time to hide her from the “Indian agents” who took Diné children away from their families. They were healers and wanted one of their children to carry on the traditional ways.

And she has. She supported 10 children by raising sheep and cattle and weaving rugs. She taught her children and grandchildren to be mindful and not take anything for granted.

When I was growing up, to get water for the household, we had to drive an hour to the Peabody Coal Company’s mine, where there was a public well. This naturally taught me to respect water and to consume it wisely.

The conditions I was raised in haven’t changed much. The lack of basic services on the reservation isn’t due to our choosing to live this way. It’s because treaties and federal policies dictate how we live and have created red tape that makes it hard to get things done.

How is it that the Navajo Nation borders 80 miles of the Colorado River and doesn’t have access to one drop of water? How can it be that coal and water from Navajo lands helped create electricity for Los Angeles, Las Vegas and Phoenix, and yet 15,000 families on the reservation don’t have power?

Our tribal government was formed in 1923 with the express purpose of completing a business transaction to sign oil lease agreements with Standard Oil. This was the beginning of a system in which corporations could make billions pillaging our homelands for uranium, coal, oil and gas deposits, leaving our groundwater contaminated and our people sickened with uranium radiation exposure, lung disease, asthma and cancer.

A derelict Standard Oil facility in the Navajo Nation.Credit…Ash Ponders for The New York Times

Today we don’t need handouts from the U.S. government. We need investment in building a restorative economy that is aligned with our traditional values and our relationship with nature.

While interest rates are near zero, we should be investing billions in a Green New Deal for the Navajo Nation to support new infrastructure for clean energy, sustainable agriculture, broadband, education, housing and health care.

The coronavirus has exposed how fragile my home is, but it is also a reminder of what matters. I’m grateful to my great-grandparents for their bold action to hide my grandmother. Her wisdom and knowledge of our ceremonies and language has kept us rooted to Mother Earth. She is 95 years old and is a national treasure. Thousands of elders like her are at high risk for this virus, and we are keeping her out of harm’s way by staying home and wearing masks when we have to go out for food.

Unlike some prominent Republicans who have suggested we could sacrifice our elders to help the economy, we honor our elders and believe all life is sacred.

Red soil drifts in the air softening the view of a distant mesa south of Round Rock, Ariz., in the Navajo Nation.Credit…Ash Ponders for The New York Times

Wahleah Johns is a founder of Native Renewables, a nonprofit that provides solar energy to tribal communities.

Role models have major influence on female university choices: Women exposed to successful and charismatic role models are more likely to follow them in choosing a university major.

A Canal That Opened the Montana Prairie May Soon Dry Up