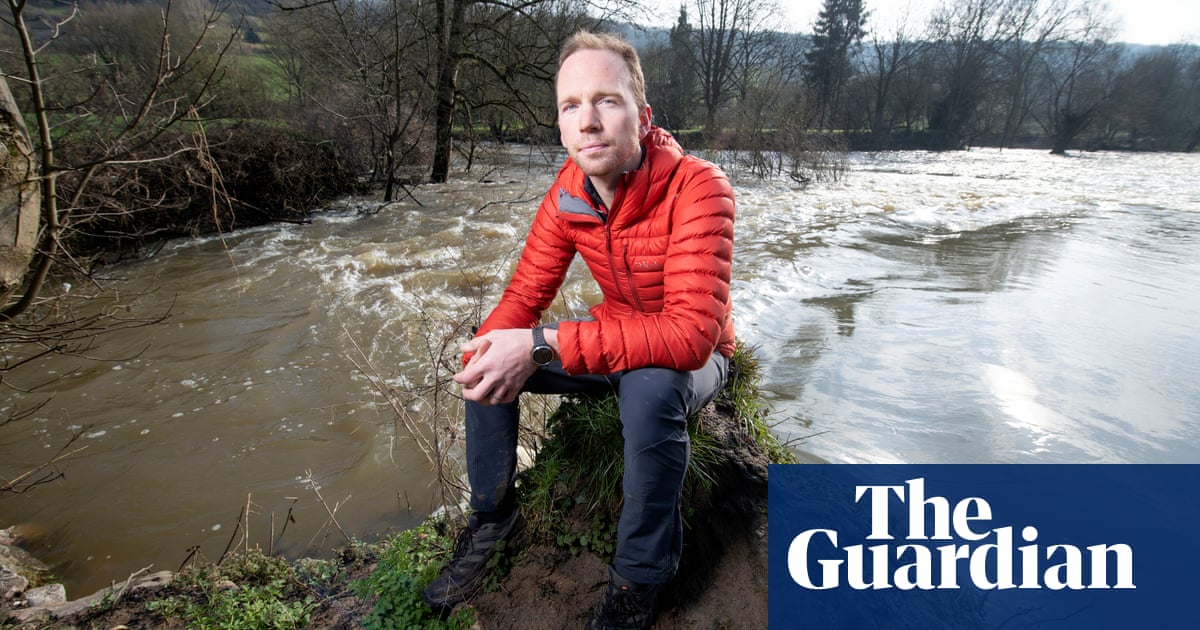 Johnny Palmer was so determined to tackle water quality at an island beauty spot near Bath that he bought the land. He now hopes to make Warleigh Weir the first area of river in the UK to be given bathing water status to spearhead a national campaign to clean up inland waterways.

Palmer, a property investor who has swum with his family at Warleigh Weir for many years, was shocked to find out that Wessex Water is allowed to discharge untreated sewage into the River Avon around the beauty spot.

“When I was told, I was like, ‘Woah, hold on. Back up a second. Seriously?’ I didn’t realise storm water mixed with untreated sewage flowed into our river.”

His shock turned to activism, and Palmer is determined to get bathing water status for the stretch of river at Warleigh Weir. The status, derived from an EU directive, forces water companies and the Environment Agency to run a tighter regime of testing and ensure water quality is fit for public health.

Palmer hopes Warleigh Weir will become a blueprint for other rivers used by swimmers and families.

Across the country, a movement of river enthusiasts is taking similar action, from Ilkley in Yorkshire to Oxfordshire and London.

How does England’s sewerage system work?

When the sewer system is operating normally, sewage leaves homes and businesses and is treated at a treatment works. Only when it has been treated is wastewater released to the environment, either out to sea through long outfalls or coastal discharges, or into rivers.

The vast majority of England’s sewer network is a combined system, which dates back to Victorian engineering, and is designed to collect the contents of people’s toilets and surface rainwater then transfer them together to treatment plants.

After extreme rainfall, the treatment works cannot cope with the volume of water and untreated sewage. Human excrement, condoms, sanitary towels and toilet paper are released untreated into rivers through combined sewer overflow pipes – just as it was in 19th-century London.

These pipes are supposed to be a safety valve to release pressure in the system and used only when an exceptionally large amount of water enters the system.

Palmer hopes to replicate the success of campaigns such as that run by Surfers Against Sewage, which helped to clean coastal waters using the powers in the EU bathing water directive and led to increased investment.

Water quality on the coast is monitored and beaches are given quality status ranging from excellent through to poor. But rivers are not given the same focus.

“I am trying to make national change,” Palmer said. “This is not about me and my kids swimming. This is about rivers being arteries and a metric of the wider environment.”

According to data obtained by the Guardian from Wessex Water, three combined sewage overflows (CSOs) upstream of Warleigh Weir released untreated sewage for a total of 335 hours during 2019.

The Rivers Trust is now monitoring the river near Warleigh Weir on dry days and after rainfall to measure the impact of the pollution. “People just don’t realise that it is legal to discharge untreated raw sewage into them,” said Michelle Walker of the Rivers Trust.

A spokesman for Wessex Water said it was discussing river water quality with Palmer.

The company said water quality was affected by far wider sources of bacteria than the “intermittent discharges from the CSOs during heavy rainfall”.

“There are a number of bacteria sources in the river, ranging from agricultural runoff and wildlife faeces to effluent from septic tanks and water recycling centres, all of which would need to be addressed before a river met an official bathing water standard,” the spokesman said.

“If evidence showed that upgrading our water recycling centres and sewerage network would lead to the weir meeting the official bathing water standards, then customers would be consulted to see if they would support the investment required.”

Wessex Water said to eliminate all bacteria at water recycling centres and outfalls upstream of Warleigh Weir “would cost many millions of pounds … due to the advanced treatment required”.

That could impact negatively on the climate, it said, generating “a huge amount of carbon emissions, which contributes to a poorer air environment and climate change”.

Palmer remains undeterred. “They suggested to me that what I was seeking was not environmentally minded. It was condescending,” he said.

“This is a company that makes a 30% net profit from what is a government-sanctioned monopoly. Customers should be asking, ‘Why am I paying for water and sewerage services when they are dumping shit in the rivers?’”

• Statements from the water companies can be read in full here.

Airborne chemicals could become less hazardous, thanks to a missing math formula: Discovery of how to measure surface viscosity of liquids could give machines more precise control over droplets

US moves to exempt companies from reporting harmful chemical releases