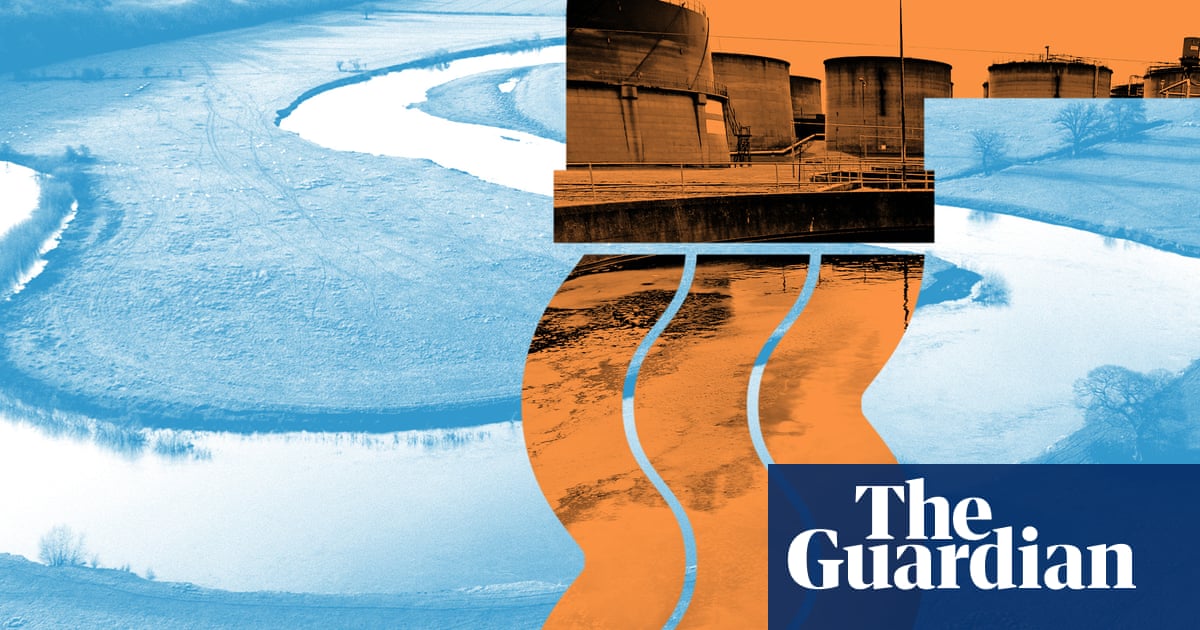 Water companies in England discharged raw sewage into rivers on more than 200,000 occasions last year, according to data obtained by the Guardian.

The analysis reveals untreated human waste was released into streams and rivers for more than 1.5m hours in 2019.

The figures, obtained via environmental information requests, trace releases of sewage from storm drains in rivers across England by all nine water companies and provide a comprehensive picture of the scale of pollution from what critics say is the routine dumping of untreated sewage.

Popular English rivers including the Thames, the Windrush, which runs through the Cotswolds and Oxfordshire, the River Chess, a chalk stream in Buckinghamshire, the Avon in Bristol, the Severn, and the River Wharfe in Ilkley are among the many affected.

How does England’s sewerage system work?

When the sewer system is operating normally, sewage leaves homes and businesses and is treated at a treatment works. Only when it has been treated is wastewater released to the environment, either out to sea through long outfalls or coastal discharges, or into rivers.

The vast majority of England’s sewer network is a combined system, which dates back to Victorian engineering, and is designed to collect the contents of people’s toilets and surface rainwater then transfer them together to treatment plants.

After extreme rainfall, the treatment works cannot cope with the volume of water and untreated sewage. Human excrement, condoms, sanitary towels and toilet paper are released untreated into rivers through combined sewer overflow pipes – just as it was in 19th-century London.

These pipes are supposed to be a safety valve to release pressure in the system and used only when an exceptionally large amount of water enters the system.

The data emerges as increasing numbers of people are using England’s rivers to swim, kayak and paddleboard.

Countries are legally obliged to treat sewage before it is released into waterways. Discharges of untreated human waste are permitted only in “exceptional circumstances” for example after extreme rainfall, the European court of justice has ruled.

But the scale of the sewage releases in 2019 reveals what one industry insider said was the frequent and routine nature of discharging untreated effluent from storm overflows.

The source, who has worked in the industry for many years, said the discharges released “a horrible septic mix of nasties into the rivers”.

He said the industry had for years ignored warnings about the growing scale of spills from combined sewer overflows (CSOs) – storm pipes that allow rainwater, untreated sewage and runoff to discharge into waterways.

Recent scientific research has also raised concerns that Covid-19 can be carried into rivers via sewage discharges.

Luke Pollard, the shadow environment secretary, said: “Sewage discharges should take place only in the most extreme of circumstances. Regulation needs to be tightened to stop water companies using discharges as a day-to-day measure.

“Customers will rightly be shocked at the frequency of sewage discharges and the damage it does to some of our country’s most precious and valuable river habitats.”

The Environment Agency issues permits to allow water companies to release untreated human waste, which includes excrement, condoms and toilet paper, from CSOs after extreme weather events, such as torrential rain, to stop water backing up and flooding homes.

More than 60 discharges a year from a storm overflow should trigger an investigation by the agency but the data reveals some storm overflows have released discharges hundreds of times. The Environment Agency relies on water companies to self-monitor their CSOs.

Ashley Smith of the campaign group Windrush against Sewage Pollution said the system was little more than a “licence to pollute”. Smith, who monitors sewage spills on the River Windrush in Oxfordshire, said discharges happened after just a rain shower.

He said: “The industry has been given a way to prop up failed infrastructure and it has exploited this enthusiastically. The inability of the Environment Agency to prosecute or even drive improvement has led us to where we are today – in a complete shambles with pollution rife and unchecked.”

Michelle Walker of the Rivers Trust described the data as “very alarming”. The environmental charity worked with the Guardian’s data to create an interactive map where you can search for river discharges by area.

She said: “When you look at the detail, you see that some of these locations are releasing untreated sewage hundreds of times a year, so they are not just operating during extreme rainstorms.”

A recent study revealed the quantity of E coli coming out of CSOs was between 1,000 and 10,000 times higher than that coming from treated sewage from wastewater treatment plants.

Walker said: “People think our rivers should be fit to swim in but they don’t realise it is legal to discharge untreated raw sewage into our rivers.”

Water companies say the spills are so diluted by rainwater and wastewater that they do not affect the quality of the water.

Wessex Water said: “As CSOs should only operate during periods of intense rainfall, any foul water released from them will be very dilute … Rarely is a pollution incident attributed to a CSO operating correctly.”

Water companies were told by the government to install monitoring on the majority of their combined sewer overflows by March 2020. But by June, the Guardian data reveals 3,400 out of about 10,000 inland outflows owned by the nine water companies still had no monitoring installed.

Wessex Water has fitted monitoring devices to 495 of its 1,018 CSOs that can discharge into rivers and inland waters. Last year untreated sewage was released 13,876 times – more than twice as often as in 2018 – with a total duration over the year of 107,404 hours.

Yorkshire Water discharged untreated sewage from the 730 inland CSOs, which are monitored 22,906 times over 616,643 hours. Most of its 2,240 outflows into rivers are not fitted with monitors.

Southern Water said: “Protecting rivers is a key part of [our] mission.”

Severn Trent has fitted monitoring devices to 1,239 of its 2,897 inland CSOs. The monitored storm overflows discharged untreated sewage for 272,518 hours in 2019.

The company said: “Since privatisation, Severn Trent has invested hundreds of millions of pounds in upgrading and maintaining our CSOs to achieve stringent river water-quality standards set by UK and European legislation.” Severn Trent said it had installed monitoring on more than 80% of CSOs.

Dr Andrew Singer, a senior scientist at the UK Centre for Ecology and Hydrology, said the pollution impact of CSO discharge was a risk to ecological and human health.

“English rivers, even the Thames and the Severn, are relatively small, so the contribution of CSOs to many of our rivers can be extremely significant,” he said. “Rivers are much more likely to be impacted now by CSOs because of the increase in population density and the fact that the sewage system has not expanded to meet it.”

A spokesperson for Wessex Water said: “In an ideal world there would not be a combined sewerage system, but many sewers were laid at a time when only one drain served a property – carrying both rainwater and sewage … Since 2000 we have invested £181m to upgrade more than 582 CSOs, and there are plans to improve more over the next five years.”

The Environment Agency could not say whether any of the 1.5m hours of spills had led to an investigation.

A spokesperson said: “The sewage system is designed to overflow to relieve pressure on the system – discharges from CSOs are not a sign the system is faulty or being misused.

“However, when companies do damage the environment, whether it is through polluting our waters or breaching permit conditions, we will take enforcement action against them including civil sanctions.”

The spokesperson said there was more to do to improve water quality, despite substantial improvements over the past two decades. “We have already secured a more robust and consistent approach for water and sewerage companies to monitor CSO spills.”

A spokesperson for the industry body Water UK, said: “The water industry is committed to the very highest environmental standards … Although there is currently no simple and effective alternative to overflows, there are some innovative solutions being used, such as sustainable drainage systems, which are natural features that help keep rainwater out of the sewer. In new housing developments, these can help to take some of the pressure off the sewer network.”

• Visit an interactive map, created by the Rivers Trust with the Guardian’s data, where you can search discharges in your area.

• Statements from the water companies can be read in full here.